COVID-19’s Effect on Our Economy 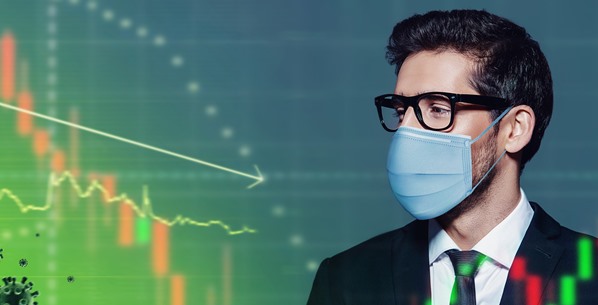 As of the end of May, more than 1 in 4 workers in the U.S. had lost their jobs since March when the coronavirus shut down most of the economy. During the first week of June, another 2.1 million filed for unemployment benefits which brought the total to 40.8 million or 26 percent of the labor force as per the US Bureau of Labor and Statistics.

Boeing recently announced they would cut over 12,000 jobs due to the sudden drop in air travel that had a significant impact on airplane manufacturing and multiple major retailers, including J. Crew and J.C. Penny, filed for bankruptcy. As tax revenues dwindled, cities across the country have been facing deep budget deficits, resulting in furloughed municipal works, with April seeing nearly a million government workers laid off.

With the initial outbreak of the coronavirus in China disrupting global supply chains followed by the record unemployment, the stock market plunged to its worst day since 1987 in March. While it has been bouncing back, with the S&P just posting its fastest 50-day advance in 90 years and the Nasdaq 100 hitting a record high, Bloomberg reports that it may ultimately harm recovery. Even when the short-term effects come to an end, there will be a long term impact on the economy that’s expected to ripple for years.

More than 99 percent of businesses are small businesses, which employ about half the US workforce. Those with 500 or fewer employees account for a disproportionate share of the vulnerable jobs. Half of those with 100 workers or less are vulnerable as compared to 40 percent of larger employers. Most lack the cash reserves to weather interruptions of this magnitude. Additionally, there may be a “startup depression,” meaning new companies won’t be entering the job market due to the pandemic.

Travel and hospitality are two of the biggest industries that have been impacted due to all the travel cancellations, along with the closures of bars and restaurants coupled with a lack of consumer confidence.

With lockdowns gradually easing, activity in emerging market economies is picking up but recovery is slow. With the workplace culture more fluid now than it’s ever been, companies will have to make significant time and financial investments in employees to remain competitive in the labor market post-pandemic. Workforce dynamics will likely have major implications on health, safety, and structure in the workplace, as well as technological innovation.

In early May, the CDC provided guidance for employers to adjust to the pandemic, such as preventing and reducing transmission among employees as well as assessing essential functions and the reliance that people in the community may have on a business’s products or services.

Running a small business is especially complicated with uncertainties about what comes next. While the pandemic continues to play out, businesses and communities across the country, and the world, have been scrambling to assess economic damage. For all types of businesses, economic damage analysis is going to be key in knowing how to move forward successfully.