How to Transform Your Low-Morale Team 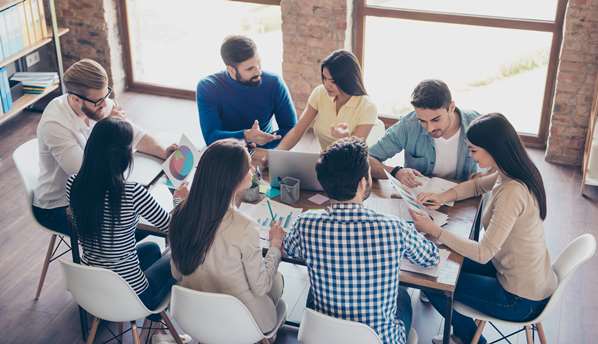 If we were to roll back the decades, there was almost no such thing as a “low morale team”. Employees accepted their environment, good or bad, and that was the end of the matter.

Suffice to say, things have turned on their head. While employees don’t have all of the power, the fact that there are so many companies out there who make it their aim to be as employee-friendly as possible gives us all options.

Bearing this in mind, if you are heading up a team who you think is lacking in the morale department, today’s post is for you. It might not solve all of your problems, but these tips can go a long way in improving the mood of a team.

Be as flexible as you can be with schedules

Nowadays, flexibility is key when it comes to the office. Once upon a time it was 9-5 and that was the end of the matter, but we’re now in an era where employees demand that flexibility is offered (and government initiatives support them with this).

Granted, it’s easier in some industries than others. However, the last thing you want is for a low-more employee to feel as though he or she is losing out at home as well. Try and talk with your team to find out what hours they need to work, and work around that.

The power of team building

One of the big problems about “low morale teams” is that the reasons aren’t universal. There tends to be a few, and this means that it can be difficult to solve.

Well, this next suggestion tends to tackle two of the most common reasons. Team building exercises used to involve a day at the pub, but things are changing. They are now much more innovative, and a quick glance at the team building event experts from Team Tactics perhaps highlights the thinking behind them. It allows your employees to mingle together, and perhaps bridge feuds, whilst also gives them that elusive day out of the office that just makes them realize that the company is on their side.

Random acts of kindness do the world of good

Sometimes, it’s handing out a bottle of everyone’s favorite beverage one Friday afternoon, while others it’s walking into the office and sending everyone home early (paid, of course).

These small acts of kindness don’t hinder a business over the course of the year, but they are again something that can just remind employees that they are valued – and this can be make the world of difference.

A lot of the above has looked at rewarding employees, but it doesn’t necessarily mean that frustrations are going to go away.

This is where you need to tackle them head-on. Instead of waiting for periods of frustration to pass, try and find out the root cause so you can take action. Sometimes, it won’t be possible, but if you can listen to concerns and act on them it will do the world of good to your team morale.