The Future of Trade Unions – Treat Your Members Like Customers 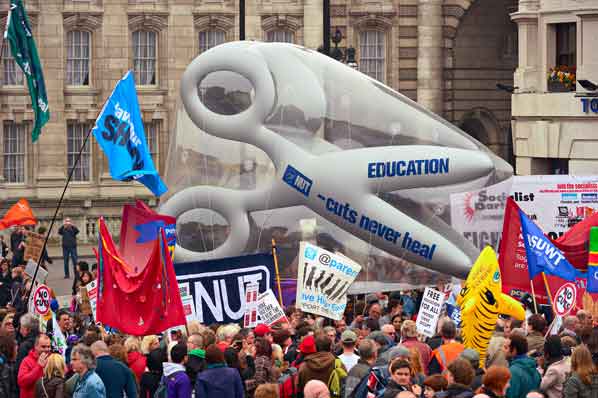 Trade unionism continues to play a vital role in the modern employment landscape, but globalisation, automation, and flexible employment all pose risks to the way trade unions function in the modern world. How should the movement respond?

The Office for National Statistics revealed that there were just 79 strikes or stoppages last year, the lowest since records began in 1891. On the surface, these figures may suggest that employment conditions have improved so significantly that there is no appetite among workers for strikes. But it’s not just the number of strikes that have fallen – trade union membership has too.

The official trade union membership figures were released earlier this year and revealed the largest decline in their membership numbers since the official statistics were first compiled in 1995. Figures from the Department for Business, Energy and Industrial Strategy, show that just 23.2% of employees were unionised in 2017, half that of the late 1970s.

So what’s causing the problem? Are unions not ‘cool’ enough to attract new members? Or is it the changing nature of the economy that is preventing people from looking at collective bargaining? Certainly the reduction in traditional long-term employment opportunities and the rise of the ‘gig’ economy with self-employment and freelance work becoming more popular, have made unions a less obvious choice for the young. But we know that millennials have a reputation for caring about fairness, ethics and social responsibility – if unions can just find the right way to communicate with them, then a whole new generation of membership could be within their grasp.

Finding the right channels of communication

Recruiting younger members needs to happen. 40 per cent of union members are currently aged 50+ compared with just 4 per cent between 16 and 24. It’s obviously essential to retain the older members, using the same language and communication channels that they are used to, but it’s arguably even more important to be reaching younger members. Thinking beyond post, email, and a traditional website is a good place to start. Do you have the technical infrastructure in place to communicate in a digital world?

Social media – use it

Research from the Economic and Social Research Council suggests that Twitter has become a vital tool to attract support from young people on issues including fair pay and better working conditions. It therefore seems to lend itself as a channel on which unions can promote themselves. We also know, however, that every social media platform is used by a slightly different demographic. For example, “Gen Z” members are unlikely to use Facebook, over 40s are less keen on Instagram and user numbers are still dropping everywhere on Snapchat. The unions that are getting a handle on this are the ones who will be reaching new audiences. Advertising in Socialist Worker alone just won’t cut it any more.

Taking this a step further, unions need to make sure that the right channels for everyday communications with members and prospective members are also set up. Members want to be able to choose how they are contacted – whether that’s email, post, WhatsApp or perhaps via a bespoke app. Mobility is non-negotiable; according to the Office of National Statistics, 8 out of 10 adults now use mobile on the go so a mobile-friendly website is a must.

Progressive unions getting it right

Some unions are setting an example of how to thrive in the current economy. We’ve seen trade unions scoring some landmark victories over bad workplace practices, such as those employed by Sports Direct. This goes hand in hand with campaigns such as the GMB’s action against Uber and Unison’s success in securing the abolition of employment tribunal fees.

All of these organisations have understood that they need to have a much wider audience than the “traditional” union members. Unite, for example, has found new ways of enticing and organising young members by focusing on an inclusive attitude towards people of all colours, genders and abilities. Offering reduced – or zero – fees for students as well as the unemployed also helps to create an image of a movement that is relevant to the younger generation.

Leading the way for the future

Trade unionism still has a vital role to play in the modern employment landscape. Although no one can predict exactly what 21st-century unions will look like, they need to be as digitally shrewd as the other services on which young workers rely in other parts of their lives, sitting comfortably among the other apps on a modern smartphone.

For unions to continue to providing what their members want, when they want it they need to be able to support them on issues such as changing work patterns and expectations regarding flexible working, equal pay and technological change, which means investing in the right technological infrastructure. Without it, reaching the younger generation, in particular, will be a whole lot harder. Building a truly 21st-century union that looks, sounds, communicates and operates in the best way possible for working people in the modern world will come with challenges. But, as the world continues to change, there is a big opportunity for the union movement too. 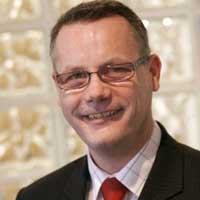 Stuart Shepherd has over 25 years experience working with membership databases and CRM systems. He is co-founder and Managing Director of APT Solutions Ltd – a specialist supplier of intelligent software and services to membership organisations. The company provides systems for trade unions, professional institutions, sporting bodies and charities ranging from 1,000 to 1.5 million members.