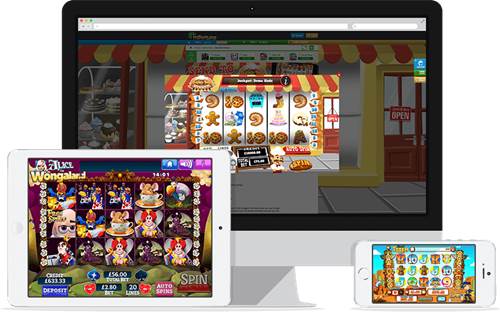 Founded in 2001, in the West Midlands, UK, as a manufacturer of leisure machines for the hospitality industry, Intouch Games  launched its first mobile casino games in 2006. The company has won several awards for its mobile gaming applications and in-browser casino and bingo games, which are all developed in-house. Today, Intouch Games employs more than 400 people, working across 7 brands, offering hundreds of games, which are enjoyed by more than 4 million players.

The drive to automation 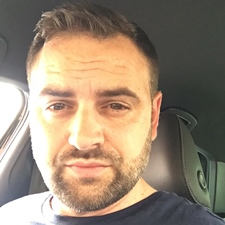 Proud of its reputation for exceptional 24 x7 customer service, the company wanted to scale its support for players while managing any peaks in demand. Lee Willis, Head of UK Customer Services at Intouch Games, comments. “In an average month, our customer service team handles around 60,000 queries via live chat. We needed to find a way to rapidly scale to support any increases in traffic.” 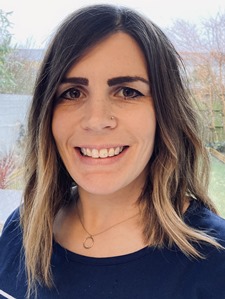 Harriet Grant, Head of People and Services at Intouch Games explains, “Every time we launch a new brand, we acquire more customers. From a cost and training perspective it isn’t feasible to just add more agents to the support desk. We wanted to automate a percentage of live chat inquiries in an effort to alleviate pressure on our agents during peaks in traffic. This would also allow us to scale and ensure we continue to offer customers support around the clock, especially as we add more brands.”

“We quickly decided that using a chatbot, underpinned by AI, was the way forward.”

Searching for the right provider

Intouch Games developed its own live chat system, so the chosen provider had to be able to integrate seamlessly with this and other back-office systems. The ability to support customers on mobile devices as well as desktops was also vital.

Intouch Games looked at five different chatbot vendors before selecting ServisBOT, a conversational AI platform provider that helps businesses create chatbot solutions that automate customer engagements. Lee Willis had been impressed with the ServisBOT implementation at The AA Ireland and contacted the company to request a proposal.

“ServisBOT really understood what we needed and gave me a clear understanding of how live chat queries could be deferred to the bot,” comments Harriet Grant. “Our technical team started talking to the ServisBOT team and quickly realised how well the platform would integrate with our bespoke live chat system. This was really important for us.”

Intouch Games was particularly attracted by the versatility of the platform.

“It’s very flexible. We really liked the fact that ServisBOT’s platform could be used to create a single bot to serve all of our brands, across all channels, removing the burden of managing multiple bots,” says Harriet Grant.

“We’ve always had an even split between phone and live chat queries. Some of our customers don’t want to speak to anyone, they just want to use live chat to get a quick answer to their question,” explains Lee Willis. “This chatbot solution is the first piece of automation that we have adopted. It allows us to easily scale by offering options for self-service on both live chat and phone queries.”

Intouch Games developed a triage of topics, which were used to train the chatbot. The goal was to automate the most repetitive queries.
While training the chatbot, Intouch Games was able to improve aspects of its customer service that would directly impact bot performance, such as FAQ responses.

“Our first task was to analyse and improve our FAQs, then we used these enhanced responses to create a menu-driven set of questions for the chatbot,” reports Harriet Grant. “Our menu options include prompts to get more information on topics like bonuses, wagering, request for verification of ID and information on marketing preferences.”

The chatbot is only offered to customers who are logged into their account and provides an option for customers to continue their conversation with a live chat agent if their query is not successfully resolved by the bot.

After building the bot and successfully automating responses to players’ most common queries on the first brand, a staged deployment took place across the other six brands.

In the first 90 days of the bot being live, approximately 92,000 customers engaged, of which 28% did not require escalation to the contact centre team.
Lee Willis reports, “The chatbot is doing its job, the reduction in the volume of live chats was instantaneous. Just over a month after all brands were launched, we were experiencing a 28% reduction in the volume of live chat enquiries needing to be handled by the contact centre team.”

Harriet Grant adds, “Despite adding a further new brand, and a subsequent increase in contacts, our live support queue times have continued to meet target. This has been significantly impacted by the 28% of queries that do not reach our agents, because the bot is resolving them”

In the spirit of continuous improvement, the chatbot allows customers to rate their experience. Of the customers who provided a score, 33% gave it a five-star rating.

Lee Willis reports that his call centre team have also welcomed the introduction of ServisBOT, “Colleagues have really been on board with the bot, it’s making their lives a lot easier. With less time spent responding to repetitive, simple queries they can now help players with more complicated and unique issues. They’re grateful that the company has invested in this technology.”

Based on the success of this first chatbot project, Intouch Games is looking at additional opportunities to automate and provide enhanced customer experience via self-service, including integration with the contact centre’s phone IVR system, automation of account queries, and, potentially, automation of ID verification.

“Quite often, people are looking for specific information, such as ‘what ID do I need to provide?’ says Harriet Grant. “In the future, we foresee using the ServisBOT platform to handle various types of account queries, as well as providing customers with a more personalised overall experience through tight integration with our backend systems.”

“It’s been a great experience working with the ServisBOT team”, reports Harriet Grant. “They’re highly responsive and couldn’t do enough for us. It’s a very positive working relationship.”