How Did the Poker Hall of Fame Come About? 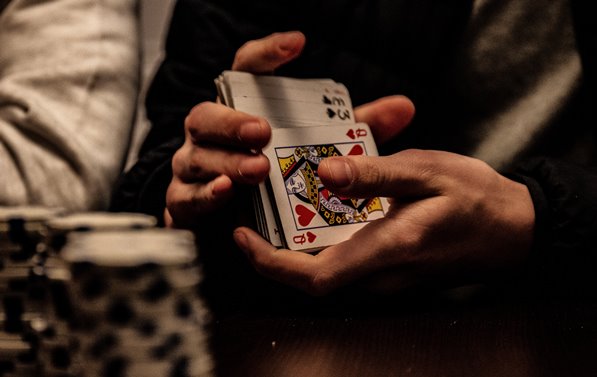 Have you ever wondered how the Hall of Fame came to be the highest accolade in poker?

The World Series of Poker is undoubtedly one of the biggest events in poker. The biggest tournament is like the Olympics for casinos, in that it attracts only the best players from around the world. And because all of the world’s elite talent are sitting around the same tables, it inspires eye-catching moments which inspire the next batch of up-starters to learn the deck and hands.

There is the money to play for, sure, but the biggest poker players don’t care about money when they have things like bracelets and records to play for. And the highest praise the WSOP can give is to grant a player a place at the Poker Hall of Fame. Once players have enough money and bracelets, that’s what they come back to get.

But have you ever wondered how the Hall of Fame came to be the highest accolade in poker? Find out here as we explore the WSOP Hall of Fame.

The history of the Hall of Fame

The seven of them went on to make up the panel of who would decide further Hall of Famers. Usually there is only one player chosen a year, but there have been exceptions, like in 1988 when Doyle Brunson and Jack “Treetop” Straus both received a place in the Hall of Fame. Since the turn of the millennium that has become commonplace, with every year except 2001, 2003, 2004, 2009, and 2020 resulting in two winners for the Hall of Fame position.

The Hall of Fame is virtual in nature, so unfortunately you can’t visit, and currently holds 25 living members, or 26 after the latest announcement.

What does a player have to do to get into the Hall of Fame?

There is a list of criteria a player has to match to reach the Hall of Fame. Any candidate should have competed against recognised elite competition, be at least 40 years old, have played at a high stakes table consistently, played well consistently, gained the respect of their peers and stood the test of time, or helped to the grow and improved the success of the game, for the non-players.

Who is this year’s WSOP Hall of Fame winner?

On November 17th, after the main event had wrapped up, all the living Hall of Famers were invited to take part in a freeroll game of No-Limit Hold’em, where the 2021 inductee was announced to be Eli Elezra.

He was chosen due to his four WSOP bracelet wins, $4.6 million in tournament cashes, and his consistent wins at the high-stakes table. Due to this, the 60-year-old Las Vegas resident has earned the respect of his peers, in turn earning him a place in the WSOP Hall of Fame.