Fun With The Team

Focusing on the skills needed to become a high performance team. 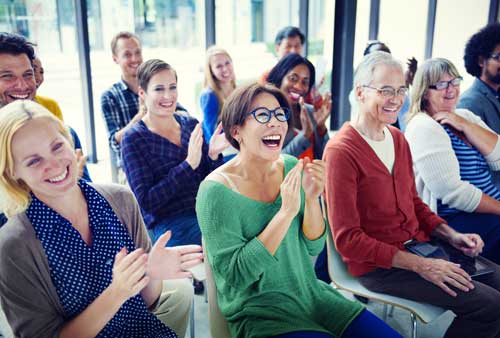 In an increasingly complex world, where organisational structures are constantly changing – becoming flatter, more project and matrix orientated – most would agree that teamwork is now more important than ever before.

Certainly it is much more difficult for an individual to be expert at everything. Yet, very often teambuilding and team development interventions emphasize the individual’s awareness of roles and how they are likely to interact with one another by focusing on the skills needed to become a high performance team – rather than examining the elements that are key to successful team development, and overall team effectiveness.

Typically overlooked is a focus on a combination of three elements: The effectiveness of individual team members; the seven key processes that enable teams to function more effectively; and the actual relationships that exist within teams that either help or hinder team effectiveness.

Without a process that enables teams to address these issues through the phases of team development (Membership, Control and Cohesion), most team building or development interventions are arguably little better than an away day jolly or some form of outbound process which individual team members find difficult to translate – and apply – when back in the workplace.

How does ‘team working’ actually operate?

While awareness of team roles and interaction is important and useful, it only scratches the surface of effective team working. Teams operate at three levels: At the level of the individual members of the team and how they interact; at the ‘unit’ level (that is, the team as an entity in which the way the team manages certain processes determines how effective it is as a whole); and as part of a larger system, i.e. the organisation in which team interaction and organisational structures have a significant bearing on effectiveness. Focusing on just one of those levels – say the team skills that members demonstrate – provides a distorted way of looking out how teams work – and how to help them to be more effective.

One of the fundamental elements contributing to team effectiveness is clarity and unanimity about the team’s purpose: the uniting goal that establishes what they are there for. It provides the reference point against which other team processes and activities can be judged for relevance and effectiveness.

At the individual level much research has been carried out into the roles and skills that indicate how a person might operate in a group environment. All of these behaviours have their own strengths and weaknesses. In this context, individual adaptability as a skill would, for example, appear to be an important asset. It means being able to make efforts to present oneself in different ways to suit the needs of different people and situations. On the other hand, it may also signal indecisiveness and a ‘sheep-like’ mentality that could undermine the team’s dynamism and energy.

At the team level it is important that the team is able to work its way effectively through the three phases of team development: membership, control and cohesion. Sometimes teams can get stuck in any one of the phases, particularly if there is a difficult or emotional topic to overcome. This requires negotiation and agreement about the team processes that will be applied.

Research shows there are seven processes vital to day-to-day team operations and to overall effectiveness:

• Communications – Most teams can find simple ways of improving communications within the team as well as between organisational teams.

• Decision making – When examined in detail, the majority of teams agree that they make decisions that are not appropriate to the context in which they are operating, and that should ideally be made elsewhere (this is particularly true of management teams). Typically there is consensus that the very process of their decision making can be improved.

• Vision and planning – Having a vision and agreeing objectives is only part of the story. Planning by the whole team is needed to make it happen.

• Resources management – Most teams agree that they don’t manage their resources, systems, etc., as effectively as they could.

• Leadership – Done properly, and in the absence of a titular team leader, this activity can be shared by different members of the team bringing in their expertise situationally. As Harvard Professor John Kotter has said: successful organisations have little acts of leadership throughout the company.

• Individual effectiveness – What does the team do to ensure that it plays to the strengths of its individual members in terms of knowledge, skills and behaviours? How can it continually nourish, develop and utilise them effectively?

At the inter-team level it is important that the relationship and collaboration between the organisation’s teams are working effectively. The way teams operate with one another across an organisation may be strongly determined by the culture of the organisation. If there are problems – caused, for example, by too much competitiveness – the teams or the culture may need to be modified. Across organisations, teams need sensible ways of managing cross-functional dynamics in order to overcome potential vested interests and to build commitment to overarching strategic goals.

Bringing about change through team building and team development As individuals / teams move from one level to the next, dynamics change. Diagnosing the current state of team effectiveness a long way before initiating the team building or development event is important to defining what the team actually needs in order to be more effective. Doing so creates clarity not only about what’s needed; importantly, it generates awareness and the impetus to negotiate commitment to improve performance, too.

Paying attention to a team at only one of the three levels would be a mistake. It reduces the team building or team development event to the level of an expensive ‘nice to have’, when in today’s environment, if appropriately and effectively handled, such activities should be seen and valued as ‘must do’s’.