Understanding the Business Of the Younger Generation: Why We Are the Way We Are 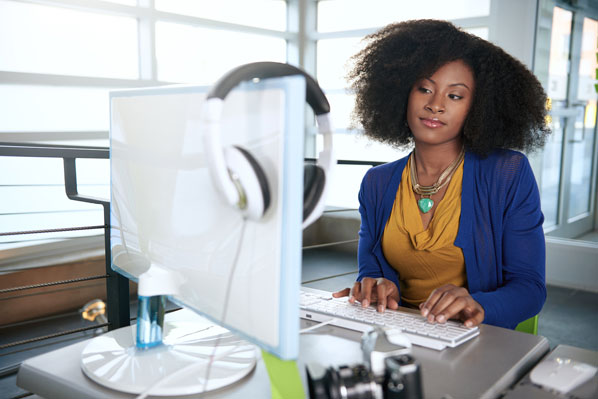 Are you a Gen X-er or a Boomer who just doesn’t like working with the Millennial generation? Read on.

Understanding the younger generation is a must-do for organizations these days. In just a few short years, believe it or not, we will be the workforce majority.

Therefore, if organizational leaders want to learn how to sustain their business long after retirement, you must learn how to capitalize on Millennial employees. And to do that, you must first understand the younger generation.

So here it goes; straight from a Millennial—understand my generation and why we are the way we are.

True or false time. We have a reputation for a few unsightly characteristics. Let’s put a few of them straight.

1. We are lazy—False. While it’s true that maybe we’re uninterested in dressing business professional and sitting in an office from 9:00 – 5:00, that doesn’t mean we won’t put in the work. Ask us what we’re doing at 11:00 at night, and you might be surprised at the amount of typing, reading, coding and brainstorming going on while you’re probably sleeping.

2. We feel entitled —True and false. We typically don’t feel entitled to a certain label or responsibility if we aren’t capable or interested in it. However, we feel that we should be given a fair shot regardless of age. A good idea is a good idea, no matter how young or old the person is sharing it.

3. We think we are superior—Depends. At searching the web? True. At writing code and understanding social networks? True. At leading a Fortune 500 company? False. There are things at which our generation is notably more competent, which can be partially attributed to growing up alongside the dramatic rise in technological innovations. And there are things we know we aren’t—yet.

4. We want immediate gratification—True. You try growing up with the internet at your fingertips and then tell me that you wouldn’t be conditioned to expect the same. It’s not as evil as it sounds, though; we expect to get more work done in less time because of it. (That’s productivity, after all).

We have grown up with the constant reinforcement of “The sky’s the limit,” and “Be all that you can be.” Well, we want to be happy, and happy for us (at least for now) means a few common things.

Here are some character traits that tend to define us a bit better than those nasty (sounding) stereotypes.

I want to make money, but I want to be valued.

We are definitely motivated by dollar signs and bonus checks—at least to a degree. If we have the opportunity to work for an organization that’s flashing us a big pay day, there’s a good chance we will take it.

However, if that same job treats us like we’re interns, undervalues us as human beings, doesn’t think we can contribute, refuses to give us responsibilities, or overlooks us because of our age, gender, etc., then we’re probably not going to stick around very long.

Sure, we might cash in on that big paycheck for a little while, but we will do so with the utmost intention of 1) finding and securing another job or 2) becoming an entrepreneur and starting our own company. Probably one that appeals to the Millennials, too.

Either way, your company will hurt in the long run because we become the competition—and if you’re not retaining the Millennials, it’s only a matter of time before your generation breaches retirement, leaving you without the best and brightest of the next generation to take over when you’re gone. What opportunities and responsibilities are you going to entrust to me?

We’ve spent so much time sitting in classrooms and reading textbooks learning about revolutions—people sticking up for their rights as workers and as human beings demanding better treatment and a better environment.

So why would we just grin and bear the conditions we’ve been given, even if they are a lot less extreme and dire than before? There is always room for improvement. After all, your generation and the generations before you taught us that.

Now, we want to continue to stand up for our rights, this time for work-life balance and for increasing the love we have for what we do. We want the right to work from home, the right to finish that report on Sunday afternoon instead of on Friday night and the right to work in our jeans and a t-shirt instead of a suit and tie.

We understand that there are some jobs that just won’t work out, but there are so many that could give us the freedom to work how we want, when we want to some degree. Where can we find a compromise?

I want to give back.

Having grown up in recent decades, news has pretty much always hit our ears in real time. Between the TV, internet, newspaper, magazines, radio and more… we’ve had more news thrown in our faces than any other generation.

Most of that news is bad news. Shootings, crimes, oil spills, melting ice caps, extinction, terrorist attacks… It’s all negative. Hearing that stuff all day, every day from the time we are children to now affects a person. We want to support the opposite of those things; we want to support the good. So, we like to give back.

Giving back can mean making personal donations, but seeing as we are young (and thus have relatively small personal financial portfolios), we like supporting companies that do the donating for us. Think about all the one-for-one companies out there (Tom’s Shoes is probably one of the most famous).

We like these brands because we like the give-back mentality. To us, something good comes out of the purchase, and best of all, we get to show off that we support the cause by sporting the shoes amongst our peers.

Of course, we’re much more dynamic than even I give us credit for in this article. We can’t simply be summed up in a few traits, nor would I say that these traits define all of my generation. But these are certainly commonalities amongst a whole lot of us, and this information just might help you reel in (and keep) a Millennial or two to help solidify the future of your organization.

Molly Meyer is the Creative Director for nuphoriq, a marketing agency. She is also a co-author of It’s My Company Too! (a project on which she, a Millennial, worked alongside three co-authors, all of the Boomer generation), which uncovers the dynamics, leadership and engagement of eight successful organizations. She resides in Chicago, IL, but can often be found traveling abroad for significant periods of time.