Why Change Gets Resisted 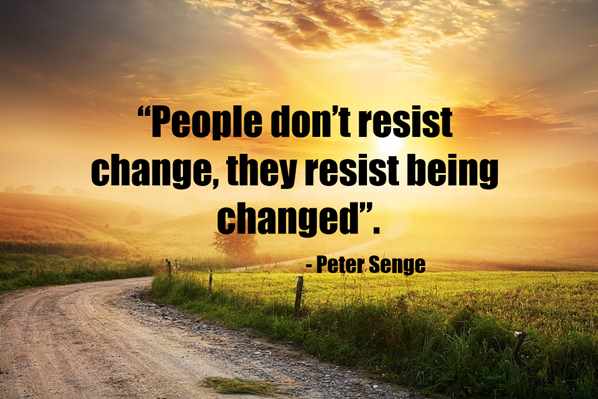 Andrea Belk Olson outlines the three elements to change that impact resistance and how to overcome them.

As organizations try to implement change, whether it be a new project management platform or a company restructure, they are often met with significant resistance.There’s a portion of the organization that wants to maintain the status quo and another portion that’s ready and willing to change. So leaders often take a variety of approaches to get the other half on board, whether it be taking a hard line, amplifying communications, or reinforcing the logic of the decision.

Yet, the problem isn’t the approach, but the change itself. There are three elements to a change that impacts the level of resistance:

1) Size/Scope/Impact of the Change – We tend to roll out big changes and of course, there’s some appeal in the approach of taking the whole, well-described package and implementing it across an organization. However, organizations don’t take into consideration—or prepare them teams for—the impact of the transition. Right after a change, employees can struggle to get used to new processes or shifts in job responsibilities that might make them feel less accomplished in their roles. Even if these growing pains lead to great skill advancements and process improvements, that temporary space of feeling clumsy around the office doesn’t feel good. And that’s what people resist—giving up that sense of expertise, even if it’s temporary.

2) Your Track Record with Change – Each time employees experience a failed attempt to introduce a change, they add it to a track record of all the changes that didn’t work. It might make them slightly less likely to try or accept something new the next time. If you’ve ever worked with people who are immediately dismissive of any new idea or change because it “didn’t work,” it’s probably because they’re risk-averse and have seen some big change initiatives go south. This track-record prediction is what people resist – the perception that this change will be more trouble than its worth, and have a low likelihood of success.

3) The Certainty of the Change Outcome – Most of us would rather be wrong than uncertain. The outcome of any change is uncertain. While some changes are helpful; others are not (even if they are successful). And then, some changes don’t live long enough for us to be able to tell whether they were helpful or not in the first place. This introduces quite a lot of uncertainty. It’s the gap between intention and reality – and many organizational changes though well-intended, have uncertain outcomes in the eyes of employees.

So how do we overcome these elements of change resistance? These three elements all have one thing in common – lack of trust and control. When change is made that impacts you as an employee, of which you have little influence, and implemented by leadership with a poor track record of “success”, trust is eroded. By getting employees involved early on in any change initiative, gaining their perspectives and feedback, and empowering them to shape the change, gives them skin in the game.

Not caring about things you don’t own is simply human nature. By giving employees ownership and influence over the change, it gives them a reason to care and be engaged. It helps build trust and gives them a level of control. So if you want to minimize resistance to a change initiative, start by addressing the psychology and mindset of your team. It all starts with hearts and minds. 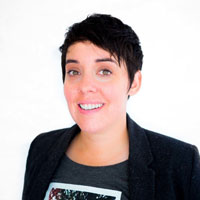 Andrea Belk Olson has a 20-year, field-tested background that provides unique, applicable approaches to creating more customer-centric organizations. A 4-time ADDY® award-winner, she began her career at a tech start-up and led the strategic marketing efforts at two global industrial manufacturers. In addition to writing, consulting and coaching, Andrea speaks to leaders and industry organizations around the world on how to craft effective customer-facing operational strategies to discover new sources of revenues and savings.