Virgin Care’s Customer Services Team, which oversees complaints and queries on behalf of more than 200 NHS services across England, has been shortlisted for a Patient Experience Network award for having centralised the company’s customer services function into one system.

The Customer Services Team, made up of just 4 people, brought together the customer service function for services which look after more than one million patients each year. The work included the simplification of complaints processes, the introduction of single points of access for complaints and a detailed reporting system to surface themes from complaints to the organisation’s executive team.

The Patient Experience Network National Awards recognises best practice in patients’ experience of care across all types of health and social care in the UK. Virgin Care’s Customer Services team has been shortlisted for the work in the ‘Turning it Around When it Goes Wrong’ category.

Virgin Care based the model for its national customer services operation on an existing system it had put into place when it took over adult community services in Surrey in 2012. Since then having grown to take on Children’s Services in Devon and Sexual Health Services in Teesside and North and North East Lincolnshire, among others, the model was the basis for the creation of the centralised team.

As part of the work the team was able to rationalise patient information guides, websites, and posters to ensure that a single message was being received by everyone no matter where they were in the country. As a result patients feel more comfortable raising an issue as they aren’t overwhelmed with a complicated and time-consuming process.

The single process and team has also meant that the organisation as a whole is able to benefit from the ability to view data on complaints through one system. This allows senior operations managers and the Executive Team and Board to see the rate of complaints, complaint themes and see progress on answering complaints already in the system. The team resolve almost 80% of complaints within 30 days. 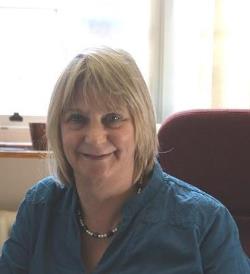 Teresa Howe, Virgin Care’s Lead for Customer Services, said: “We now have a system which works for patients and for our colleagues in services that has saved time and allows everybody to suggest improvements to services.”

Virgin Care provides more than 230 NHS services which have treated over 4million patients so far. As one of the largest providers of community services in the NHS the team at Virgin Care is possibly the most in-demand of any Customer Services team.

Over the coming year, the team will switch to an entirely electronic system for tracking and processing complaints, further improving accuracy and speed of reporting and allowing the team to expand to continue to serve Virgin Care’s services across England.

The PEN National Awards will be held at the Birmingham Repertory Theatre in Birmingham on 2nd March 2016.