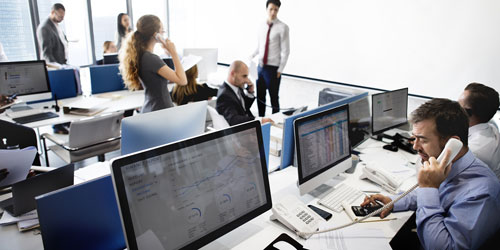 The complaints handling landscape for financial services firms is about to change significantly. From 2016, new FCA Complaints Handling regulations will be implemented – a major revamp designed to truly put the interests of the consumer first.

Compliance with Policy Statement PS15/19 should be at the forefront of every financial organisation’s minds, with the first changes effective from 1st January 2016, before being fully implemented as of July 1st 2016. Firms will be required to up their game in every aspect of the complaints handling process – but they don’t have much time to do it.

“The FCA only really does a thematic review a full thematic review every half-a-dozen years or so, but when they do there is often a raft of changes.” explained Martin Ellingham, Respond Product Manager at Aptean. “When it comes to systemic FCA regulations, it will significantly impact financial services firms across the board – whether they are a large multi-national organisation or a small independent business.”

Perhaps the most significant of the FCA’s changes are as follows:

For the firms themselves, the pressing need to optimise their complaints handling infrastructure should not be taken lightly. “For some firms it will have a huge impact; others will take it in their stride.” says Ellingham. “If firms don’t employ a holistic complaints handling system – from the frontline staff dealing directly with the customers, to the senior back-office complaints handling staff – there could be issues. If they have built a home-grown complaints handling solution or have cobbled together an unsophisticated system in Excel, for example, they will quickly struggle and costs will increase significantly.”

Whilst the issue requires considerable attention, there are companies seeking to make compliance as pain-free as possible for the affected financial organisations.

Aptean supplies a number of firms in the financial services sector with sophisticated complaints management software called Respond. As a result of the FCA’s Complaints Handling Thematic Review, which ran from September 2013 to April 2014, and the subsequent Consultation Paper CP14/30 in December 2014, Aptean adapted its Respond complaints management software in order to fully optimise its performance in accordance with the finalised Policy Statement PS15/19, confirmed in July 2015.

“At Aptean, we are ahead of the curve and our customers will feel the benefits. We built functionality into our product before the FCA released their final guidance on the rules – it has been thoroughly scoped out, tested and is ready to help businesses satisfy compliance with the regulations.” Ellingham adds. “For example, the Consultation Paper led us to believe that SRCs would be included – we responded by building a unique system that automatically delivers these SRCs once a complaint has been resolved.”

It is these SRCs in particular that Ellingham feels are in danger of being overlooked by firms. “The SRCs are going to affect larger companies quite dramatically. Smaller businesses will probably deal with it fairly easily – if you get 10 complaints a day, having to send out 10 emails is not much of an issue. Yes, it’s going to slow you down, it’s going to require greater efficiency, it’s going to cost more – but it is not particularly painful.” says Ellingham. “But what if a business is receiving thousands of complaints a day?” he adds. “Manual work-arounds simply will not suffice. Without a system like Respond that allows you to distribute SRCs in an automatic manner, there is no way you are going to be able to swim – you’re going to sink straight away.”

It is not just product optimisation that Aptean considers essential in helping firms comply. FCA regulations can be difficult to understand because of the ambiguity surrounding how they are communicated. But that should come as no surprise: with regulations designed to dictate different companies of different sizes that operate in different financial fields, there can be no one-size-fits-all way of wording it. In turn, there can be no one-size-fits-all solution for financial services firms.

For Aptean, communicating its own interpretation of the regulations to the industry will help to dispel any mystery within organisations’ minds.

“Our Account Managers are in regular contact with our existing customers, so those customers that have their fingers on the pulse have already reached out and we’ve had the conversations about how they will be affected and what they should do.” says Ellingham. “We are also inviting organisations to a series of webinars that communicate our version of the rule changes and how our systems can benefit their operations, as well as how existing Respond customers can modify their software in order to stay compliant.”

The overarching message from Aptean – who as a service provider within the industry are a sounding board between the firms and the FCA – is that by acting now and specifying systems and processes built with the new regulations in mind, firms will be able to make a seamless transition towards meeting the new demands.

“It is not a situation where they are just going to be able to turn up on the morning of the 1st of July 2016 and everybody is just going to be on board with the new regulations.” says Ellingham. “Now, there is a much greater onus on firms to ensure training, systems and processes are enabled in advance. The FCA expects all firms to be ready come January 1st 2016, and have already made it clear that enforcement action will be used should firms fail to comply.”

“Essentially, firms should look to implement a tailored, simple-to-use frontline tool that ticks all of the boxes and meets all of the compliance requirements; a system that doesn’t add time or effort to someone’s job, and doesn’t increase the pay-scale of frontline staff.” he concluded. “By specifying efficiency-driven complaints handling software like Respond, businesses will be able to improve customer communication whilst avoiding the potential regulatory and financial pitfalls.”

Martin Ellingham is Respond Product Manager at Aptean. If you have any concerns about your business’ ability to handle complaints effectively in light of new FCA regulations, you can get in touch with Martin at http://www.aptean.com.