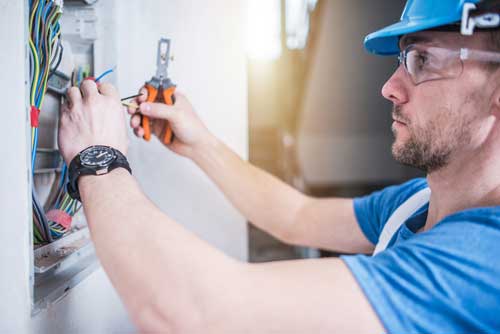 “The Engagement of Opportunity for Utilities” report by HomeServe surveyed 20,000 Utility customers across 20 countries to better understand concerns, behaviours and needs. The report has revealed the challenges and opportunities facing Utilities to differentiate their product offer, improve engagement and become more relevant within customers’ homes.

The report also identified that customers’ top worries are about major breakdowns in the home, specifically electric failures, gas leaks, and blocked drains, rather than appliance failures. Other top concerns were the cost of repair and dealing with a good quality tradesman to solve the issue.

The survey of homeowners across Europe, Asia, South America and Australasia, also found that over half (57%) would pay monthly or annually for a home assistance service. The main reasons for purchase are for ‘peace of mind’ (71%), followed by ‘cost control’ and finding a ‘trusted supplier’ (around 40% respectively). Sixty four per cent of respondents said a Utility company would be a suitable provider of such a service, feeling it is a natural extension to their brand.

Interestingly customers would expect to pay a ‘substantial amount’ for the service, placing an average value of $40 per month on it. Nearly two thirds said they would also likely use a Home Expert Portal to source trusted trades-people for repairs.

Commenting on the findings, Giles Desforges, CEO Global Partnerships at HomeServe said, “Whilst overall satisfaction of Utility providers is high, in an industry of deregulation, new disrupting entrants, and margin erosion, key components of long-term customer loyalty such as engagement, communication and care are worryingly low. This report has shown that customers want extra help and peace of mind when things go wrong and are prepared to pay for it too. This presents a huge opportunity for Utility companies to provide value added services to enrich and differentiate their offer and increase their relevance to their customers.”

Northern European and Indian respondents top the satisfaction chart, while South Americans are the least enthusiastic about their providers.

When comparing results for electricity, gas, and water providers, gas comes out on top in almost every single market with 75% of customers saying they’re satisfied and 70% ready to recommend. In comparison, electricity Utility companies get the lowest scores almost everywhere with 69% and 65% respectively on average.

However, all Utility companies assessed in the survey scored significantly low for engagement (25%), the ability to care (28%), communicating effectively (32%) and being innovative (24%).

Gas providers perform best in terms of these perceptions and water companies the worst. Gas providers are viewed as slightly more engaged (27%), communicative (33%), and innovative
(25%) than other utilities.

What customers worry about

Customers are more concerned about the big stuff – electric failure (69%) gas leaks (65%) and blocked drains (46%) than they are about appliance breakdowns. Overall, homeowners in Latin America are the most concerned about electric failure and gas leaks. Understandably, heating breakdowns are particularly worrying for Utility customers who live in colder climates such as Northern Europe.

Cost and frequency of breakdown concerns

The frequency with which household repairs occur varies from country to country. Romania, Taiwan, and India show the highest incidence per year on average, and Japan the lowest. Overall, breakdowns which prevent the home from running smoothly occur twice per year on average.

Regarding costs, respondents scored cost concern at 3 out of 4 while they put the fear of being overcharged even higher at 3.2 out of 4.

Repairs to their heating/cooling system are seen as the costliest by Utility customers, with respondents expecting to be US$186 out of pocket on average. Other issues such as electrics failure, gas leaks, and blocked drains are expected to cost between US$86 and over US$100 for each repair.

The survey highlighted many worries surrounding interactions with trades-people. Poor quality of workmanship is the most concerning aspect for homeowners in almost every single market with an average score of 3.3 out of 4. In Latin American countries, respondents scored it even higher (3.5 out of 4).

Being let down when a supplier doesn’t turn up, not being able to predict the cost, and having to stay for the supplier to arrive are also high on their list.

Overall, there is an equal split between Utility customers who prefer to manage a repair in the home by themselves or with the help of friends/family (‘DIY’ minded) and those who ‘outsource’ a repair either through sourcing a supplier or by making an insurance claim.

Homeowners in Belgium were the most likely to be DIY minded at 72%, while 60% of homeowners in India would outsource the repair.

Where customers go to find help

Overall, almost 49% of customers perform a web search to solve their problem while more than 44% turn to friends and family for advice. Results show that Internet use is high across all markets with the exception of Japan, China, and Korea where it hovers between 28 and 37%. Word of mouth varies wildly from a high of 62% in Argentina to a low of 20% in Japan.

Advice from friends and family and web searches also topped the list of channels that led to a purchase with 31 and 28% respectively globally.

The concept of Home Assistance Cover is relatively unknown globally (36%). This is especially true in Korea and the Czech Republic compared to India, China, and Brazil where it’s better known.

Customers in Poland, the Netherlands, Australia and Turkey place the highest value (up to $94/month) on the services while Colombia and Russia expect to pay the least.

68% of homeowners find a home expert portal appealing and 63% say they would be likely use it. It’s particularly popular in Latin America (74%), where 72% of homeowners are likely to buy from a portal. The average number of web searches a year for a supplier to repair a breakdown in the home is 5.

The biggest appeal is guarantee of quality workmanship (78%). This is especially true in India, Latin America, Poland, and Romania. Other popular factors include the ability to ask for a fixed price (72%), request a quote (71%), as well as have access to customer reviews and ratings (71%).

Interest in using an app to control heating and cooling was appealing to 41% of homeowners on average globally with the highest regional interest recorded in Turkey (60%), China (59%), India (52%), and Romania (52%).