Upgrading and Innovating, How Technology Can Help Keep You Relevant 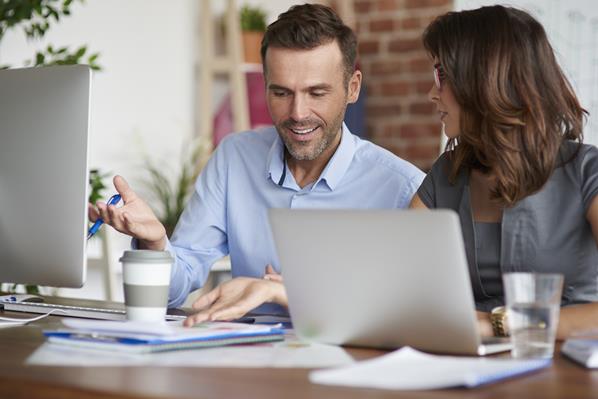 In the wake of the 2020 COVID-19 pandemic things changed. The way we work, the way we connect and the way we buy products shifted immensely thanks to restrictions imposed by governments in order to try and stop the spread of COVID. In order to cope with the shifting markets, many businesses turned to digital transformation to keep themselves up and running.

Digital transformation is all about technology. It’s about taking existing business processes and trying to merge them with new technology in a way that will improve output and efficiency. Some upgrades are entirely optional and can be seen as pointless expenses, but nobody will deny that there are pieces of technology that are crucial to any business – computers, the internet and telephones are some prime examples that spring to mind.

Technology is useful. Every piece that humanity creates is designed to do things that we cannot, or do them faster and easier than an individual ever could. Technology is just straight up better for some uses then people, faster and less prone to errors.

Key Technology For The Future

Technology is constantly evolving, meaning that which is the best way to do things now might not be the case in the future. With that in mind, let’s dive into three of the up and coming pieces of technology that your business can implement now or in the near future.

5G is the latest in wireless internet technology. Despite what conspiracy theorists might tell you, it’s perfectly safe to use and can connect you to the internet with far more bandwidth and faster speeds than the current 4G setups that many phones today use.

It’s been reported that 5G can reach speeds of up to 10 gigabits per second, which might not mean anything to you at all, but when you consider that a good cable internet speed is considered to be 100 megabits per second, or 1% of that, you start to see the sheer scale of it.

If mobile internet can be as fast as cable internet there’s no need for clunky modems and wifi routers, you can simply route it all through your phone and have more than enough bandwidth to do anything you want. Imagine 5G providing you with speeds that match a home office on the go, no wires or hubs necessary. Those who work on the move and those in more rural areas will be able to see the same benefits as their stationary, office-based counterparts. It’s also much easier to install 5G cell towers than an underground internet cable, which might see internet access spread more rapidly in years to come.

The downside is that, currently, no mobile devices can run 5G for very long simply due to battery life issues. In the future, when wireless charging and extended battery life become available? Who knows. 5G is certainly one to keep an eye on.

I’m sure you’ve heard the word blockchain mentioned if you’ve ever dipped your nose into cryptocurrency news. At its core blockchain is a way of storing information that’s different to regular databases, and it’s starting to see use in other circles besides cryptocurrency as people see the advantages of such a method. Blockchain is touted as permanent, tamper-proof and transparent, definite winners for those who want to protect their data.

So, what makes blockchain different? Well, instead of being stored in tables like in a regular database, blockchain stores data in blocks. These blocks have a set capacity, so when one is filled another is made and linked to the previous block, creating a chain of these blocks, hence the name.

The great thing about this is that all information is necessarily in chronological order, with the time of creation being an inherent part of the chain’s structure. When the block is filled it’s closed, meaning it can’t be added to any more or tampered with in any way. This means the data and the timeline of creation are currently unable to be tampered with by any known means.

The other major feature of blockchain is shared ownership. Usually when a database is set up there’s an owner or administrator who needs to give permission for others to access and use the data within. Blockchain works differently, with no central authority in absolute control. In that sense, there’s no bureaucracy in asking for access, admin changes etc. Everyone has complete access from the get go, assuming it’s an open chain.

With more and more parts of the market shifting their focus online, it’s inevitable that some people will try to take advantage of this and reap rewards at others’ expense. Data protection is therefore one of the top priorities for businesses entering 2022, with everyone mindful of breaches that even major corporations and the US Federal Government themselves were subject to in the past few years.

Data protection is two-fold. First, you want to protect your organization’s internal data from being stolen or copied by cyber attackers, since not only can they hold you to ransom but they can also give the data to competitors. There have been widespread reports of Chinese or Russian APT organizations creating cyber attacks on the West, and though the credibility of these claims is questionable there remains a definite possibility that politics will play more and more into the cyber threat.

Second, you want to project the data of those who use your services, especially in the case of potential identity markers or financial data. Most data protection laws are centralized around this concept, giving consumers major control over their data, who can use it and where it can be used. The EU’s framework for GDPR and the subsequently inspired California CCPA are good examples of this, obligating businesses to protect the data of their customers and harshly punishing any who fail.

5G, blockchain and data protection are all relevant today, even if infrastructure isn’t fully prepared for some of them. They’re already making waves across the business world, and only time will tell where their true impact will end.