The Truth About Team Motivation 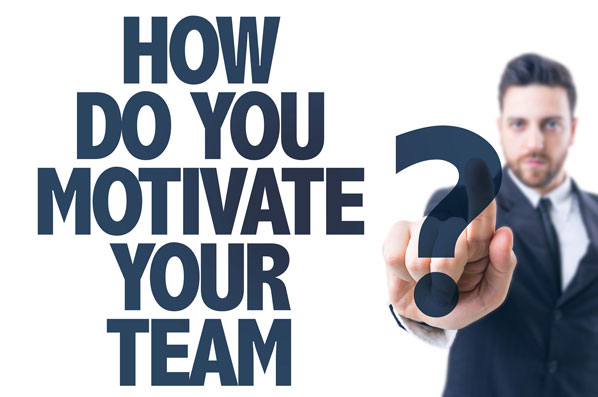 Are you tough enough to show your team that you care?

You might disagree but hear me out on this. Incentives, prizes, gifts and bonuses don’t motivate people at work. Okay, so they may have some short term benefits, however if you want a highly motivated team, you’ll never buy your way to peak performance.

Let me give you an example of what I mean. My friend Tom who works in sales was telling me that he’d come first in a recent team sales competition. His success was announced at the sales meeting and he was presented with his ‘prize;’ a bottle of beer with a branded glass in a presentation box.

If his prize had been a two week holiday in the West Indies then it might have been better received; however, to be honest, it wouldn’t have made a great deal of difference as far as Tom’s motivation is concerned. Of course the low value of the prize contributes to his de-motivation. You see, my friend Tom doesn’t like his manager, doesn’t like his job anymore and spends much of his time looking for a new job. Now I know his manager and I know the rest of the team aren’t happy. Tom’s manager isn’t a bad person, but he thinks that team motivation is all about handing out the occasional ‘prize.’

He recently suggested to another team member that he take his wife out for a meal and charge it to expenses. This team member has been divorced for five years.

Let me illustrate what I mean in another way. Imagine for a moment that a rich business man has just been asked by his wife – “Do you love me darling?” and he replies – “Of course I do, didn’t I just buy you that new car!?” It’s
like a parent who feels that showering toys and presents on a child will make them a better person. You know as well as I, this won’t work; it takes more.

Now don’t panic, I’m not suggesting you ‘love’ your team members. However, I am saying that you need to meet their emotional rather than their practical, logical, tangible needs if you want to motivate them. You need to care
about your team and you need to show it – are you tough enough to care?