Dealing With Angry People – How to Lasso Horns and Rattles

Nine suggestions for dealing with people who get all “horns and rattles” on you. 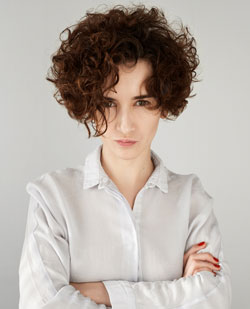 It’s pretty easy to tell when you’ve made a steer angry. He just hooks you with his horn and tosses you over the fence. A rattlesnake shows his displeasure by striking out at his victim, although he does have the courtesy to sound a warning rattle before he bares his fangs. Both animals have a rather forceful way of letting you know when they’re not happy about something.

No wonder cowboys refer to people who are angry as being all “horns and rattles.” One of the toughest situations you face professionally is people who are angry. No one likes to deal with a red-faced client who is leaning over the counter jabbing his finger in your face and bawling about receiving the wrong order. What can you do to avoid a nasty snake bite or getting hooked by a horn?

First, it’s important to understand that people usually get angry when their expectations aren’t met: a deadline is missed, the wrong materials are delivered, or they’re overcharged. When time or money is wasted, people naturally feel frustrated and that often manifests itself in the form of anger.

Here are nine suggestions for dealing with people who get all “horns and rattles” on you:

1) Don’t Let It Get Under Your Skin. Don’t take it personally. Most of the time people are angry at a situation, not at you. You’re not the reason for their anger, just the recipient of it. So don’t take any unkind words they may splutter to heart.

2) Don’t Fight Horns with Horns. It’s natural to want to counter their anger with some of your own, but doing so will only escalate the situation. Keep your emotions reined in and stay calm. Your self-control establishes you as the rational one.

3) Doff Your Hat. Showing respect at this time is imperative. It’s hard to respect someone who’s throwing a temper tantrum like a two-year-old, but you can respect the person if not their behavior. Keep in mind that you both want the same thing – a happy client, so work toward that end. As tempting as it may be, resist taking aim at the client, instead take aim at the problem.

4) Cock Your Ears. Listen closely to what the client is saying because he’s telling you exactly what the problem is. Don’t try to argue – it only aggravates an angry person. Maintain eye contact and listen intently. Let the client blow off steam; venting can release some of their negative energy. However, draw your line in the sand and if you feel you’re being verbally abused, quietly ask them to stop, or go get a manager.

5) Stand on Their Side of the Fence. Empathize with your client and acknowledge his feelings with responses like, “I see that you’re angry,” or “I understand you’re frustrated.” Recognizing your client’s feelings establishes rapport and diffuses anger. He sees you’re focused on his problem and want to solve it.

6) Double Back. Repeat your client’s concerns back to him so you are perfectly clear on what they are. Make sure you have all the facts and understand what he wants so you can solve the right problem. Write things down if necessary.

7) Get Rid of the Burr Under the Saddle. Take care of the problem as promptly as possible. If you can’t do it yourself, arrange it with the people who can. If the problem can’t be solved exactly like the customer wants, present some options, “Here are two things we can do…”

8) Take Care of Any Stragglers. Be sure to follow up. If you’ve taken action to solve a problem – ordered a new item or redone a job – talk with your customer afterwards to make sure he’s satisfied. This goes a long way in keeping him as a client.

9) Kick Up Your Heels! Celebrate your self control!! When the ordeal is over, pat yourself on the back for keeping your emotions in check during a difficult ordeal. Once it’s over you can go out to the tack shed and cry, shout, or beat the walls!

You may not be able to control other people’s behavior but you can control your own. When dealing with an angry customer, keep your emotions reined in and work hard to get rid of the burr under their saddle. Then you will maintain your power, dignity and professionalism as you bravely face the “horns and rattles” of any client!