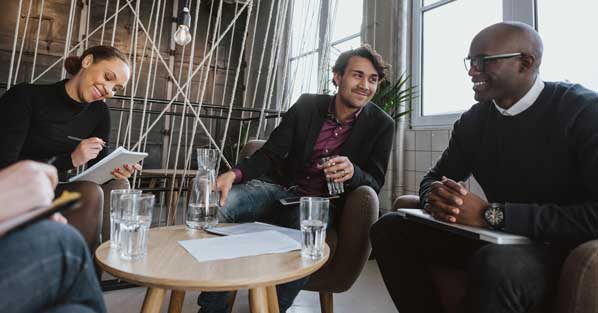 Learn how to guide your team to achieve outstanding results.

Contrary to what many business owners and managers believe, teams are not pieces of machinery that can be assembled and then turned on. They are collections of individuals trying to work together. It is this human characteristic that leads to inevitable problems.

All teams go through a difficult formative process that culminates in an optimal level of productivity. To help your team succeed, you must understand and appreciate the different stages in the development of that team. You must help guide your team through four difficult stages of struggle and adaptation if you want the team to perform at optimal performance every day.

The first stage of forming a successful team is when the actual team members come together and are charged with a task. This is the stage where there is the most anxiety and wariness for the new teammates. There are questions about who has the power, doubts about ones’ own abilities or the abilities of other teammates, and prejudices or misconceptions about teammates all create an atmosphere of uneasiness.

In these uneasy times, people are looking for reassuring alliances, and thus cliques are formed, and it’s from this grouping of concerned individuals that a team must be created. To help this team progress, you must reassure team members about the reasons they were asked to be on the team, and the individual responsibilities that come with team membership. They must become acquainted with the other team members. This is the stage where they will look to the leader or team creator for assurance.

The second stage of team building is when the individual members begin to ask questions. Some of the common questions they will begin to ask are, “Why am I here?” “Who are you?” “Who’s in charge?” and “What is this team supposed to accomplish?”

It is in this stage that the team works out its goals, its roles, the relationships on the team, the nature of potential barriers, and infrastructure support. During this stage, different personalities, different agendas, and different backgrounds will lead to conflict about goals and roles. These conflicts have to be resolved before any work can be accomplished.

If your guidance was helpful in the first stage, it is essential in this one. You cannot leave the team to its own devices to sort out the conflicts. You must step in, explain limits, offer suggestions, and in general try to keep disagreements from breaking the team apart.

In essence, the formative stages of a team are a search for trust. Without it, teamwork is impossible, but be careful, because one misstep by a teammate or team leader can destroy the trust that has been so painfully created. Once destroyed, trust has to be rebuilt piece by piece.

Here are some suggestions for building or rebuilding trust:

The third stage of team building occurs after individuals on the team have struggled through and accepted their identities and their roles on the team. They are less defensive and more interested in moving forward with other team members to find solutions.

As less time is spent on battles the group gains focus and unanimity. Eventually, it reaches the optimum stage of performance, when the synergies of the team are operating at full capacity. The team has attained the fourth and final stage where it is at optimal performance.

Once a team is at optimal performance there will still be conflict, but not involving the destructive, individual issues of the second stage where conflicts were brought to the surface. Once the arguments have been decided, the team can move forward on its path toward the team goal.

Joe Love draws on his 25 years of experience helping both individuals and companies build their businesses, increase profits, and success coaching programs.