Vision: How Leaders See the Invisible

The one thing that distinguishes great leaders from also-rans is the power, depth, and breadth of their vision. Vision is a strange concept. 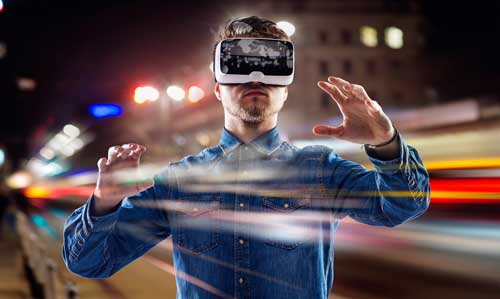 It’s much more than just a goal or purpose – visions paint a fuller picture describing our most cherished dreams, hopes and possibilities.

1. Seeing Possibilities. The ability to see possibilities that others don’t see is one of the hallmarks of great leaders. Where most of us see just a consignment of goods, leaders see an exciting product that can change someone’s life.

Where most of us see an office with space for desks and filing cabinets, leaders see a place where teams can do groundbreaking work. Where most of us see people with names and titles, leaders see budding organizational champions. As George Bernard Shaw said, “Some people see things as they are and ask “Why?” I see things that are not and ask “Why not?””

2. Clear and Compelling. Management writer Warren Bennis was fascinated by the ability of leaders to see what the rest of us can’t see. A few years ago, he carried out a study of 90 top leaders in the United States. They included the first man to set foot on the moon, Neil Armstrong.

What Bennis discovered was that, despite their different backgrounds, disciplines, and circumstances, these people all had one thing in common: a clear and compelling vision of what they wanted to realize. To them, the vision wasn’t at some point in the future. It was right in front of their eyes.

3. A Vision Without Limits. The truly great leaders don’t put limits on their vision. They go for the biggest dream they can imagine even if it is only realized at some time in the future when they are no longer around.

There is a story about the filmmaker Walt Disney who died six years before the opening of the first Disney World. At the opening ceremony, two Disney executives were sitting together. One said, “Too bad Walt couldn’t have been here to see this.” The other replied, “You’re wrong. Walt did see it. That’s why it’s here.”

While most of us see no more than three months ahead, outstanding leaders can see several years ahead. Elliott Jaques of Brunel University believed that one person in a million could see 20 years ahead. The Japanese industrialist Konosuke Matsushita even has a 250-year plan for his business.

4. Drawing Others In. Leaders do more than have a vision of what is possible; they articulate it and draw others in. They do this through metaphor, images, and by triggering the innate desire of all people to be part of something big. Compare the visions of the two leading soft-drinks companies in America in the 1920’s.

One was a Boston-based company called Moxies. Their stated aim was “to sell herb-based drinks”. Nothing to get excited about there. The other company’s vision was “to quench the thirst of a nation”. That company was Coca Cola. Today, nobody remembers Moxies.

5. Action. Without action, visions are just dreams. They are creations of our imagination, no more. But with action and the ability to see the steps from where we are now to where we can be, dreams become reality. In Shell UK, managers are taught to develop a quality known as “helicopter vision”.

This is the ability to see across three time zones of the future, as if in a hovering helicopter. From here, you can see the near plains, the middle range foothills and the distant peaks. Being able to see all three zones at once harmonizes your tactical actions, your operational planning and your overall strategy. There is a clear map to the realization of the vision.

We all dream but few of us remember our dreams let alone act on them. But leaders are different. They make a difference to our daily lives and our collective lives. They do this by capturing our dreams, nurturing them with care, and in the fullness of time helping us bring them to the glorious light of day.