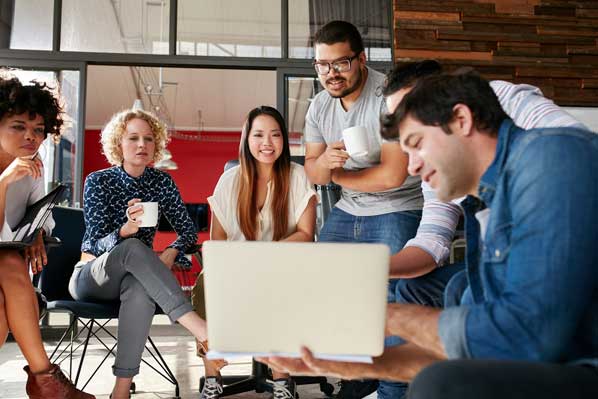 The good facilitator will train him or herself to listen for any of the following mechanisms being used to justify someone’s position at their meetings.

If Being human, people tend to justify their ideas and positions, but their efforts to justify them can lead to judgmental behavior, thinking patterns that stay in unproductive ruts, and other patterns that may interfere with the goals of their organization. The good facilitator will train him/herself to listen for any of the following mechanisms being used to justify someone’s position at their meetings.

These are the same fallibilities that scientists have to be alert for, in doing their research. The difference is that in science there is a long tradition of checking for these problems, while in non-scientific organizations there is no such safety mechanism. So be on the lookout for these common traps:

Why is it often hard to change your mind about a previously made decision? What mechanism keeps a company turning out the same product the same way (prizing consistency), only to be defeated by another organization with a new approach or a tweak on the product design?

The psychological mechanism is called dissonance. Dissonance is a situation where there is a lack of consistency or compatibility between actions and beliefs. Its more common definition is from music, being “a combination of sounds that is unpleasant to listen to.” When the gap between actions and beliefs is large enough, the
disjunction is extremely unpleasant to people. Yet this gap may indicate there are new circumstances which make it time to retire previous good decisions which no longer seem appropriate.

The elimination of dissonance is a powerful motivation because dissonance feels bad. It turns out it is also a motivation to cover up problems and mistakes. The cover-up at first seems to eliminate the uncomfortable gap, but it will become increasingly clear that all it does is put a pleasant-looking bandage over a wound that is beginning to rot.

When a problem your team meeting has decided to investigate is based on a mistake or a judgment error, you may be facing dissonance.

Rationalization (commonly known as making excuses) is the process of constructing a logical justification for an action, belief or decision. It is a defense mechanism in which perceived controversial behaviors (mistakes of some kind) are explained in a rational or logical manner to avoid the true explanation (the person messed up).

Rationalization is a common reaction when people are more afraid of being blamed than they are interested in finding out what happened and what should have happened instead.

One solution to rationalization is to avoid the need for it. Organizations or teams that avoid blaming and support reasonable experimentation tend to suffer much less from rationalization.

Statistical knowledge is not well distributed in the general population. A statistician would rarely make the mistake that correlation implies. If two facts are correlated, are they related by cause and effect? A recent medical journal stated the results of a very large study that kids who take one or more tablets of Tylenol have twice the incidence of asthma. The news article led with, “Tylenol causes Asthma?” An unsophisticated public might have concluded that the correlation between the pain medication and the breathing disorder implied that taking certain pain meds causes people to develop life-long lung problems.

In fact, correlation should not be used to imply causation. Correlation between two variables does not automatically imply that one causes the other. Coincidence might be involved, or the presence of other factors. In this case, kids who take Tylenol might have more colds and therefore take more Tylenol. Complicating this, there is
good research that colds are causally related to asthma. Leaping to the conclusion that A causes B, simply because you often find A and B occurring together, is a very common problem in research when there is a correlation but no proof of causality.

4. After the fact therefore because of the fact

This mistake has been so common for so long that it has an ancient Latin phrase describing it, “Post hoc ergo propter hoc.” The phrase is Latin for “after this, therefore because of this,” and requires that one event occur before the other.

The fallacy comes about when people assume that since event X followed Y, then Y must have been caused X. If I change grease in a bearing and the bearing fails, we might be clever and say that the new grease caused the bearing failure. But more likely, the bearing was about to fail and even greasing it in an ordinary maintenance move would not be enough to prevent it from failing. In fact, we need evidence beyond the mere time relationship for proof of causation.

Post hoc fallacies also manifest themselves as a bias towards jumping to conclusions based upon coincidences. Superstition and magical thinking are two more forms of /post hoc/ thinking. When a sick person is treated by a witch doctor or a faith healer and becomes better afterward, superstitious people conclude that the spell or prayer was effective. Since most illnesses will go away on their own eventually, any treatment might seem effective by /post hoc/ thinking. This is why it is important to test proposed remedies carefully, rather than jumping to conclusions based upon anecdotal evidence.

An observer who only sees a selected data set may wrongly conclude that most, or even all, examples are like that. Example: During a political campaign, each side cherry picks the statistics to make their candidate look superior. Yet there may be many other possible statistics that favor the other side, or are neutral between the sides. Cherry picking can be also found in other logical fallacies. For example, the fallacy of anecdotal evidence tends to overlook large amounts of data in favor of whatever smaller items of information are known personally.

Name calling is a way to substitute emotional arguments for rational arguments. People use name-calling techniques to incite fears or arouse prejudices in order to invoke fear in their audience instead of letting them use rational thought in making decisions. Example: calling someone a “tax and spend liberal” causes an emotional reaction of distaste, even among independent to fairly liberal voters. The resulting emotions and any decisions based on them may be very different from the emotions and decisions those voters would have made otherwise. Name-calling is thus a substitute for rational, fact-based arguments. This technique is popular amongst politicians and 10 year olds.

A “red herring” is a tactic that seeks to divert the attention of an opponent or a listener by introducing a new, unrelated topic. The best red herrings are ones that people have strong feelings about; thus any mention of the diversionary topic is likely to bring up feelings strong enough to move the focus of conversation away from the original topic. In current U.S. politics (and in many other parts of the world) all you have to do is say “tax increase” or “cut military spending” and you are likely to move people away from rational thought into the domain of the visceral reaction.

8. Fallacy of the single cause

“What was the cause of this?” is a common question from management about a problem at work or from the public after almost any kind of incident. Such language implies that there was only one cause, and once people identify the first culprit, they can stop thinking. Unfortunately the real world is much more complicated, and all too often there are a large number of (possibly interlocking) causes.

For instance, after an incidence of school violence, pundits and the media debate whether it was caused by the shooter’s parents, TV violence, stress on students or the accessibility of guns. This is as if there is “a single cause” to anything as complicated as human behavior. A thorough investigation may uncover a neuro-chemical imbalance, dietary mismanagement, bullying at school, poor parent-child communications, a failed system of teacher-counselor-parent communications, and a variety of other factors, all of which contributed to the tragic outcome.

It is a good idea to identify the cause that gives us the most leverage (least effort and largest impact). This may not be the Root Cause, or a sole root cause, but merely the cause we can eliminate or mitigate with the least effort. Finding and eliminating such a cause will thus reduce the risk of the even recurring, but not eliminate the risk. More effective risk reduction techniques will involve searching for a wider range of contributing factors and working to mitigate more than just one.

In this fallacy there two correlated factors and a third, invisible, factor driving both effects. The famous example is that a city’s ice cream sales are highest when the rate of drowning in city swimming pools is highest. To conclude that ice cream causes drowning is spurious. In this case the invisible third factor could be a heat wave that was driving both the ice cream sales and the increased use of pools (resulting in more drownings)..

With more than 30 years of management experience in the maintenance and engineering fields, Joel D. Levitt is a leading trainer of manufacturing, operational and maintenance professionals.