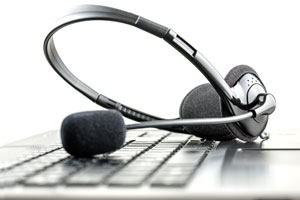 A new Xerox report, ‘The State of Customer Service 2015’ reveals that 47% of consumers who called their telecoms supplier in the past year would have preferred other means of assistance but fell back on the traditional call center for a score of reasons.

While 37% of respondents said they would have preferred a digital channel – such as a virtual assistant or webchat – 10% said their preference would have been a ‘bricks and mortar’ retail outlet. 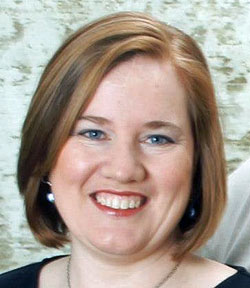 “The survey provides insight from the front-lines of customer care, suggesting that more research and development is needed for customer care before it works” said Christine Landry, communications industry leader, Xerox.

The traditional call center is still the first choice of almost half of callers who want to lodge a complaint with their telecoms provider.

In the survey, respondents named more than 188 separate brands who provide telephony, mobile and Internet service.

“Often perceived as the ‘silver bullet’ of customer care, many telecoms operators haven’t quite got the hang of deploying digital support in a cost effective and convenient way,” said Landry. “And we suspect that this is happening beyond telecoms customers.”

One in five telecoms consumers still prefer brick and mortar retail outlets for brand interaction with nearly a third (32%) of sign-up activity still being performed in store.

The Xerox survey, which contacted 6,000 consumers across the media, telecoms, and technology sectors in the United States, United Kingdom, Germany, France and the Netherlands, about their attitudes to customer care, found that telecoms customers were the most dissatisfied of all (26% were highly dissatisfied compared to 24% for media brands and 15% for technology brands).

Furthermore, dissatisfaction with telecoms brands was found to increase with the number of brand interactions, such as inquiries and complaints.

“While customer interactions present an opportunity to nurture high satisfaction, telecoms operators are simply frustrating customers with prolonged customer care inquiries through channels they would often ideally prefer not to use,” said Landry. “The only way to reduce reliance on traditional, more expensive channels is for telecoms operators and other consumer segments to provide improved digital channels, like webchat.”

Other trends revealed by the study, the latest in a series of annual Xerox studies on the telecoms sector, include:

Tracking Net Promoter Score (NPS)1, in the United States and United Kingdom shows ‘passive’ customers have fallen sharply over the last three years (from 64% to 33%), while detractors have increased year on year (from 24% to 34%).

To switch or not to switch

Despite this dissatisfaction, telecoms operators still enjoy a largely loyal, if inert, customer base, with 64% saying they are unlikely to switch in the next 12 months. Switch risk is dependent on age however. Younger generations are more likely to be on the lookout for greener pastures. Over one in four of those aged under 30 expect to switch telecoms operator over the next 12 months, while only 10% of those aged over 70 expect to.

The Xerox report on the study can be downloaded here.