Going against the grain of customer service training, how about we train our customers? 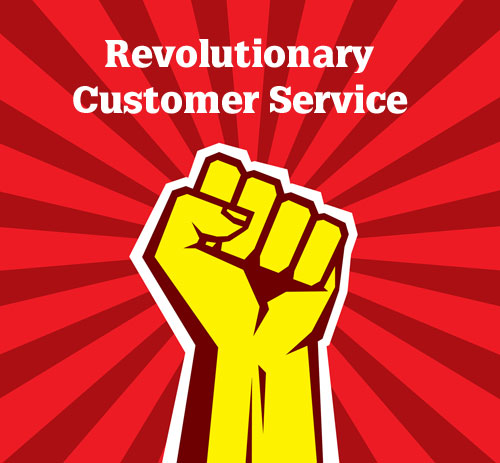 Customer service is the cornerstone of relationships between an organization and its customers. This fact is often ignored by organizations such as government, security personnel, inspection agencies and the list goes on.

How often have you wanted to tell an official being rude to some airport passenger to please treat them like a customer? Problem is, you’re usually vulnerable in such places where others have total authority. Not that they shouldn’t have the authority, but why can’t they wield it in a friendly way?

I want to pose a revolutionary idea. It goes against the grain of all customer service training. You know, the #1 rule that the customer is always right, and the #2 rule if the customer is ever wrong, reread rule #1. I think we ought to train the customers instead.

Now where am I coming from? Paris. Why Paris you may ask? I can’t tell you the number of people I have heard say that French people are rude, especially Parisiens. That’s not my experience. It helps that I speak some French, but even if I’m somewhere I don’t speak the language, I rarely have a problem. What’s the trick?

There is no trick. I simply act as if I’m the sales clerk, or if I’m the hotel receptionist, or if I’m the salesperson in a reputable car dealership. I believe that I am responsible for looking after the person with whom I’m dealing. That could be a pharmacist near the Eiffel Tower in Paris, the cab driver in Toronto or the security people at the Huntington Hartford Museum in Los Angeles. It also means the cashier at gas stations and convenience stores.

When you take care of people in these situations, you create relationships, even for the briefest of times. It makes a huge difference in how they respond to you and how willing they are to treat you equally well.

Of course I’ve found this out from those times, fortunately few, when I have treated someone badly. It comes back to haunt you. I remember being angry at a newspaper for failing to place an ad before the deadline we’d agreed upon. I took it out on the receptionist who was powerless to do anything. I walked out of there mad, she was upset and then I got to thinking about it. That wasn’t a nice way to treat someone. I went back later and apologized, taking a small bunch of flowers with me. It was the right thing to do and made a difference. However I resolved to not let that happen again.

Sometimes we do get mad at those we deal with. If that’s the case it’s smart to pause before we act or say anything. Then we realize that if we want a relationship to work, it is up to us, which means that we have to train the customer.

Where does that start? At home and in school. If children are taught at an early age that they are responsible for treating order takers in fast food restaurants as well as staff and coaches at the pool and on the playing fields with decency and respect, service will become a two-way street, not the one-way that it so often is today. Maybe the message will get down to officialdom who too often forget they are also in the customer service business.

Neil Sawers strongly believes in the importance of taking care of those he deals with, wherever that happens to be, including those in a shabeen (informal bar) in the township of Langa, just outside Cape Town during a visit to South Africa. He is also a strong supporter of entrepreneurs, small businesses and students in business and entrepreneurial programs and develops books and e-books on business writing to help them grow their business.