Prove Yourself Every Time With Customer Service

Last week a disgruntled salesperson told me about a long-time customer who stopped buying from her. 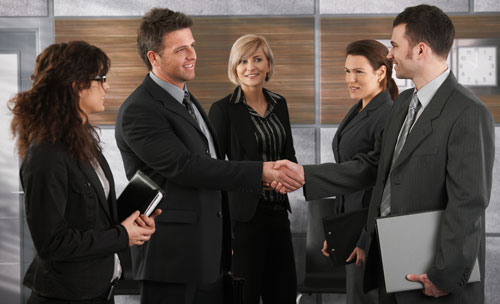 “Gosh, I thought we were good friends; we even went out together socially. I never thought I would have to worry about losing her as a customer.” As soon as I heard that last sentence, I knew that I had discovered a new business-medical condition, “SCS.” Salesperson Complacency Syndrome!

Too often we confuse relationships. These people had a business relationship. In the course of that relationship, it sounded as if they became friendly. But somewhere the salesperson became complacent, feeling that, “my friend would never take her business elsewhere.” I don’t know what triggered the defection but SCS (Salesperson Complacency Syndrome) can be identified in three possible scenarios:

An aggressive salesperson worked hard to separate the buyer’s personal relationship from her responsibility as a purchaser and strove to offer better service, terms, quality and / or price.

2. She’s Mine Forever Unless I Really Mess Up

The original salesperson thought her “friend” was somehow “tied-to-her-for-life” and began spending less time and effort, giving the rival an opening.

3. It Will Be Overlooked

Somehow the salesperson didn’t fix an error, extend a proper discount, or give the type of service she gave at the beginning of the relationship.

Every salesperson, when dealing with a long-term purchaser, must know about SCS and never become complacent, even if they become friends. One must remember to always give that client, friendly relationship or not, the best consideration, effort, and business perks because lurking just under the surface is a rival aggressive salesperson. That rival will pounce and take over the account eventually if complacency starts eroding the business relationship.

The problem is that it is so easy to become complacent. We work hard to get a new account and to impress in the early stages of the relationship. Then we work on getting more new accounts, then more. But slowly, as relationships mature, they also erode, because of time management pressures, production quotas, and complacency. Fight “SCS.” Give your long-term clients your best, every time!