Pros and Cons of Using Celebrity Endorsements to Win Customers 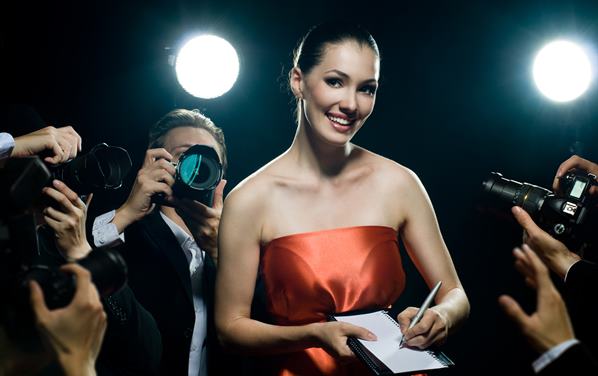 From Lauren Bacall and Humphrey Bogart advertising those Robert Burns Cigarillos and Betty Davis helping to sell Lustre Cream Shampoo, companies have long relied on celebrities endorsing their brands. Anyone who was alive at the time likely remember the famous line from Brooke Shields, asking if anyone wanted to know what came between her and her Calvins.

It’s a fact that celebrity endorsements have the potential to reap tremendous rewards for the brand they hype. However, they also have a variety of potential pitfalls which a company ought to consider before they roll out their own endorsement program.

The Advantages Of Celebrity Endorsements

Building up brand equity is one thing, for sure. Nike used to primarily sponsor track and tennis athletes. Then Michael Jordan came along. Nike was hoping to expand into a lot of new markets. Who could be better to sign one of the more tantalizing young athletes in all of sports? The partnership between Nike and Jordan not only blossomed, it turned into Air Jordan, a subsidiary company worth multiple billions.

Celebrities also help consumers remember ads. Researchers Wagner Kamakura and Jagdish Agrawal have demonstrated how a celebrity endorsement can help improve recall of ads. When people watch the show “24” and see or just hear Dennis Haysbert, they immediately associate his voice with the Allstate commercials he also does.

A lot of people think that a product actually contributes to someone’s superstar status. Tony Stewart is a NASCAR superstar who endorses Mobile One’s brand, and that leads consumers to think that Motor One oil actually helps his car perform well for him as he is successful in racing.

Celebrity endorsements help products or service stand out. Martin Block and Charles Atkin have research indicating that a celebrity can help advertising pop among the surrounding noise. People simply like watching Natalie Portman or George Clooney more than they do community attorneys or local dentists.

It should be noted, however, that time and repetition are necessary for these associations to happen. Celebrity endorsements aren’t short-term tactics.

Picking A Celebrity For A Particular Brand

A brand is a crucial asset to a company. Advertisers have to pick celebrities that represent the promise and image of their brands. FrogDog’s series of articles about branding is a good read for more information regarding the concept of brand promises, but not every celebrity will fit with every brand.

For instance, when “Sex and the City” was at its height, Sarah Jessica Parker was signed on as the face of Gap. However, this association didn’t really resonate with consumers since Parker was already closely associated with the haute couture style of the show. As a result, Gap replaced her in 2005 with both Keith Urban and Joss Stone, who were a lot more likely to wear either Gap clothing or Gap-style clothes when in public view. Since that time, Gap has kept using celebrities that better align with their brand, be it Kaki King or the Avett Brothers.

Celebrity Endorsement Has Its Risks

Even when a celebrity might be a good fit for some brand, the use of one for endorsements carries its own set of potential risks:

Images can change. Celebrities sometimes make mistakes. When this happens, it can impact the brands which they endorse. Back in 2009, the public image of Tiger Woods fell apart after the news broke about his infidelity. Gillette, Gatorade, Accenture, and General Motors all dropped Tiger in order to avoid the negative perceptions. Nike stuck with him, but they lost customers as a result. The golf industry at large actually saw a huge slow-down in revenue when Tiger wasn’t on the course.

Celebrities can also get overexposed. When Tiger Woods was at the pinnacle of his popularity, he was actually endorsed by more than 10 companies simultaneously. When any celebrity is working with so many businesses at once, then the credibility of the celebrity can start to suffer. People might think that the celebrity is willing to endorse anything that might make them a buck or two.

Celebrities can sometimes actually overshadow the brands that they endorse. Consumers might focus more on the celebrity than the product or service. This is a distinct danger that might happen when a celebrity endorses multiple products simultaneously. David Beckham endorses multiple companies that feature him rather prominently in their print advertising. On the other hand, his image being the focal point of advertising winds up devaluing quite a few products. Do you recall the brand? Or do you just recall seeing David Beckham?

Are you considering using a celebrity for an endorsement? It’s not a bad idea, but you should also tread carefully in this potential minefield.