Napping at Work, Is It the Next Office Perk? 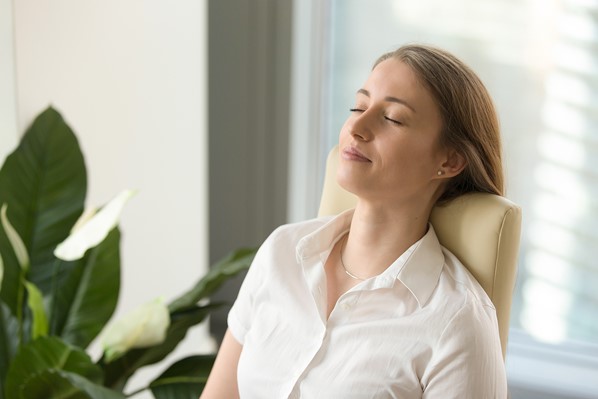 In Spain, it’s practically mandatory to enjoy a siesta each day. You see, they were smart. They realized early on that after eating lunch, your body becomes lethargic and won’t be of much use anyway.

No matter what kind of sleeper you are, taking a nap helps to recharge your batteries, so you wake up refreshed and productive. Now, it looks like the United States might finally be getting in on the action (or inaction, should we say).

Many Companies Are Already Napping

If you’re working for a company like Uber, Zappos, or Google, then you already have the luxury of leaving your desk for a quick cat nap. This is because these companies offer what they call “nap rooms” so that employees can give their productivity a jolt. That might sound counter-intuitive, but it’s true.

A nap boosts your brain power, leaving you more clear headed and alert. This means that when you sit down at your desk after your nap, you’re going to be operating on all cylinders. No grogginess or burnout. Just pure rejuvenation that will allow you to take on your afternoon with zest.

How Did We Get Here?

You can send a letter of thanks to Arianna Huffington. If her name sounds familiar, it’s because she’s the founder of the Huffington Post (which has since been renamed HuffPost, since her departure from the company).

In 2007, she ended up collapsing from fatigue. She was stretching herself far too thin and it was beginning to take a toll on her physically. It was then that she decided to focus on her health. She wanted to put a lifestyle of wellness first, rather than one of endless obligations and professional Olympics.

It wasn’t only herself she was worried about, though. It was countless other Americans who find themselves in the same position day after day, running on empty. She wanted to discover a way to reach out to them, as well. So, she made it her mission to create a revolution involving the way we work (and sleep) in this country.

She said there shouldn’t be a stigma around needing to rest. Sleep is vital to the way we function and there should be nothing wrong with needing to sleep. She told the Post, “Having a nap in the middle of the afternoon is actually a performance-enhancing tool.” She couldn’t have been more right.

Why Are Naps During the Work Day Beneficial?

Fatigue is actually a very costly issue for employers. It causes a loss of almost $411 billion dollars annually. This loss is largely in productivity. When employees are only running at 50%, you’re only going to get a 50% work output from them. That does nothing to benefit anyone.

Studies have shown that a brief nap during the day can do wonders for employees. It increases their alertness, gives them energy, improves their performance, and enhances their mood. This means companies actually benefit when their employees sleep on the job.

How Long of a Nap Should You Take?

The National Sleep Foundation discovered that if you just allow yourself to take a brief 20 to 30-minute nap during the day, you’ll wake up feeling better than ever. The last half of your day might even be more productive than the first half.

So, go for it. Move away from the old-fashioned norms and branch out. Isn’t it time we create the American siesta? Having employees who are happier, more energetic, and more productive sounds like a win/win situation for everyone involved. Why not give it a try? You have nothing to lose but sleep.