Is There a Place for Traditional Surveys in a World Ruled by Social Media? 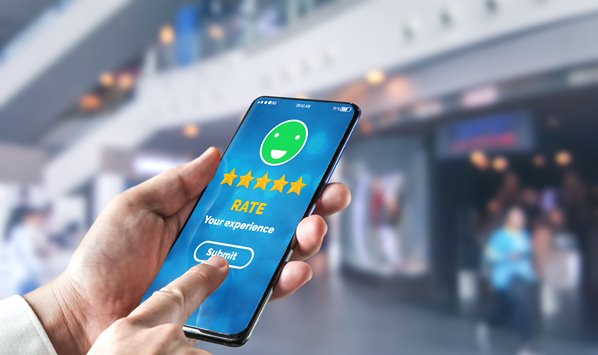 Jason Grier, EVP and Chief Customer Officer at Reputation looks at the future of customer feedback surveys and how customer emotion is better captured on social media than by traditional survey forms.

For decades, traditional surveys have been a direct line of feedback from consumer to business, providing insight into a variety of areas from customer service and messaging to facilities maintenance and more. But social media has introduced a more intimate, more accurate and faster way for businesses to connect with customers and capture their feedback. Social media listening posts are also more available: Reddit, Facebook and Twitter are widely used among both organizations and customers to interact, with more niche platforms also available. Even video is emerging on the customer-feedback scene. So, it begs the question: Do traditional surveys have a place in a modern world dominated by social media?

Social media and the state of customer feedback

In case anyone needs reminding, social media is a force in all aspects of our world, affecting how, when, where and with whom we communicate; how we learn and stay informed; and how we conduct business. It’s also changed the role of the customer from passive to very influential, which has been both a boon and a beast for many businesses (a boon because it provides great insight to better inform the brand of the customer experience; a beast because if the feedback is ignored, it could affect the brand’s reputation). The number of user-friendly listening posts has also increased and continues to expand, providing more platforms from which people can interact with others and let their voices be heard.

This ability to communicate to broad audiences via social media also presents new ways to give feedback on all aspects of a brand or its product, satisfying customers’ expectations for rapid and real-time responses to their queries and complaints. Brands that leverage social media platforms to gain insight into customer sentiment can take fast action on this feedback, thereby mitigating potential issues with other customers. In addition, fast responses make the customer feel valued, creating stronger relationships and fostering brand loyalty.

In contrast, traditional survey methods — while still relevant as and used more as a research device — seem archaic and clunky. Brands still sending out long surveys via email or regular mail hope against hope that the recipient will not only take the time to open the survey, but also that they will spend 15 to 20 minutes filling it out. Simply put, today’s fast-paced, instant-gratification world no longer has the patience for traditional surveys.

Traditional surveys also can’t capture the real-time emotional side of customer sentiment, which has an increasingly larger stake in the world of customer feedback. It is this emotion that drives customers to talk about their experience, and it’s what comes through on social media. For example, a customer has just had a really negative experience at a restaurant and pulls out his smartphone to relay this experience over Twitter. The listening post is ready to receive the customer’s Tweet, the emotion in the Tweet is palpable, and the feedback is broadcast across the Internet. By the time a traditional survey comes in the mail or email asking for this customer’s feedback, the customer’s emotion is harder to communicate. More importantly, the restaurant in this scenario has lost the opportunity to rapidly respond to and remediate the issue and show the world that it’s committed to ensuring the best possible customer experience.

While at McAfee, Jason built a reputation as an industry leader in customer support and operations. His teams were honored with a number of awards, including the Intel Quality Award, a prestigious honor for outstanding quality and personification of Intel’s values and the highest team honor given at Intel. His teams also won two TSIA Star Awards, two Service & Support Professionals Association Awards, and a Stevie Award for innovation in action.

Before his time at McAfee Jason held executive-level positions at Sutherland Global Services and Covad Communications. Jason holds a bachelor’s degree from North Carolina State University and an MBA from Pfeiffer University.