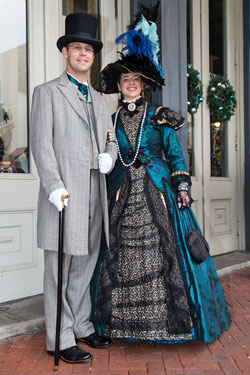 The opening line of Charles Dickens’ classic novel A Tale of Two Cities might be used in such a way to describe the beginning of a customer service breakdown. One that ultimately leads to the loss of customers, dissatisfied customers sharing their complaints with family and friends, who then pass on the negative comments to even more people, and eventually, the end of a business.

Inconsistent customer service is a topic I’ve written about in the past, but this story is one I simply had to share.

My sister-in-law Cathie lives in Miami, Fla. She received a gift from her mother-in-law, Essie, who purchased it in Palm Springs, Calif., while on vacation. Essie purchased the gift, a scarf, from a nationwide retailer, thinking that if Cathie didn’t like it she could visit the retailer’s store in her area and exchange it for something she preferred.

However, when Cathie attempted to return the scarf to the store in Miami, hoping to select something more her style, the store refused to allow her to exchange it. The manager told her the store could not accept returns of accessories, and the scarf fell into the accessory category. The manager stated that this was the company’s “policy” – a word that bad customer service often hides behind!

Cathie tried to reason with the manager, even offering to purchase an item of greater value, but to no avail. The manager would not budge. When she returned home, Cathie decided to call the manager of the Palm Springs store where the item was purchased. This was a different experience. The manager acknowledged that the company’s policy was told to her correctly, but that managers were permitted some flexibility as well. This manager apologized and offered a solution.

Cathie was instructed to send the scarf back to the Palm Springs store. She did so, and in return she received a gift card with an extra “bonus” a few days later. A note was included apologizing for the inconvenience and thanking her for her business. The manager even called her to make sure she received the package.

What a difference between the two stores! Despite the eventual resolution, the inconsistent service shown within the retail chain can do a lot of damage.

And what if Cathie was not an established customer? If this was her first experience with the store, there is not much chance of her returning at all.

Inconsistency causes a host of problems:

1. Customers are left to question what is the standard of service for this business?

2. Incidences of poor service will cause the loss of customers.

3. A good experience will create the expectation of continued good service. But if it’s not there, well, where does that leave you? (See No. 2)

Consistently good customer service is needed to build customer confidence. The good service must extend across multiple locations and varied employees. It is not optional if what you seek is loyal customers who return again and again.