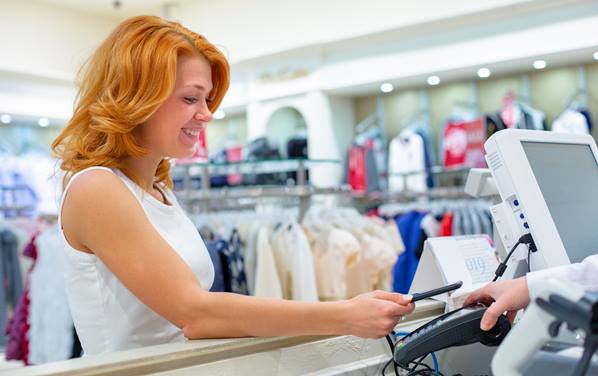 Contactless payment seems like one of those technologies that’s been around forever. First trialled in 2007 with a £10 maximum spend limit, its true introduction to the mainstream was only around five or six years ago, although it feels much longer.

Now a staple of modern life, contactless payments have reshaped the retail and hospitality industries. Within smaller spend transactions, one of the key areas affected has been customer service. Employers and employees have had to adapt to this new norm, with instant payments having changed the fundamentals of how we interact during payment.

From novelty to expectation

The arrival of the ATM machine in the late sixties brought a significant shift in expectation for the average British consumer. Suddenly, cash was readily available 24/7, which ultimately meant the customer expected to be able to access cash as and when they desired. Since contactless payment was adopted by the masses, a similar shift has occurred.

What was once a novelty is now a baseline expectation for most in our ever-increasing culture of convenience, to the extent where many customers will get frustrated if contactless technology isn’t available. While it seems somewhat silly to get annoyed about having to spend a few extra seconds on traditional chip and pin, retailers must be wary of this change in attitude.

With contactless POS devices now purchasable from as little as £19, retailers have no excuse for being behind the times.

Across society, our increasing engagement with technology has led to a reduction in face-to-face interaction. While this demonstrates a wider social problem, it also presents retailers with the issue of diminishing customer contact time.

For smaller businesses in particular, customer experience and loyalty are key to operating a successful enterprise. Retention is driven by customer service, and less time spent at the point of sale means less time to make an impact on the customer.

Because of this, businesses are having to explore methods beyond traditional service to enhance the customer experience and retain shopper loyalty. A bigger online presence, more social media interaction and payment-based incentives are now being used to augment in-store communication.

With contactless now having overtaken standard chip and pin entry as the most prominent form of payment, the technology has only served to enhance the idea of a cashless society. In the hospitality field, this is having a detrimental effect.

With most customers carrying little or no cash whatsoever, attitudes to tipping have changed. Naturally, cash tips have reduced, while settling the bill has become a swifter transaction than ever before. This is particularly concerning for servers in the US, who are heavily reliant on tips to make a reasonable living.

So, what does this mean for customer service? Staff may go out of their way to make more of an impression to better the chance of a tip, or businesses may make a point of adding a gratuity option into the payment process. Still, consumers are often sceptical that any excess paid via card won’t end up in the pockets of the waiter that served them, which can often mean foregoing the option to tip.

Without a doubt, contactless payment has revolutionised day-to-day transactions for the better, and the technology will only continue to grow in our society. Easier and swifter transactions make it simpler to spend, so consumers need to remain financially organised in order to cope with this. As well, there is a need to tighten the belt on customer service opportunities, which means businesses will have to keep adapting their customers service efforts to remain relevant in a quickfire cashless world.