With an overall satisfaction score of 792 (on a 1,000-point scale), gas utility business customers are now the most satisfied among all utility customers surveyed by J.D. Power.

“Gas utilities have put huge efforts into customer safety preparedness during the past few years, and those efforts are starting to pay off in the form of record-high levels of satisfaction among business customers,” said Carl Lepper, Director, Utility Practice at J.D. Power. “Since our 2015 study, we’ve seen 19% growth in customers’ perceptions of gas utilities being very helpful with safety preparation, and that has been the biggest single contributor to the significant industry-wide improvement in customer satisfaction.”

Key findings of the study:

The industry results for the 2017 study are reported across four U.S. geographic regions: East, Midwest, South and West. The following utilities rank highest in customer satisfaction in their respective region:

The study is based on responses from more than 10,000 online interviews with business customers who spend at least $150 monthly on gas. The study was fielded in two waves: February-June 2017 and July-November 2017. 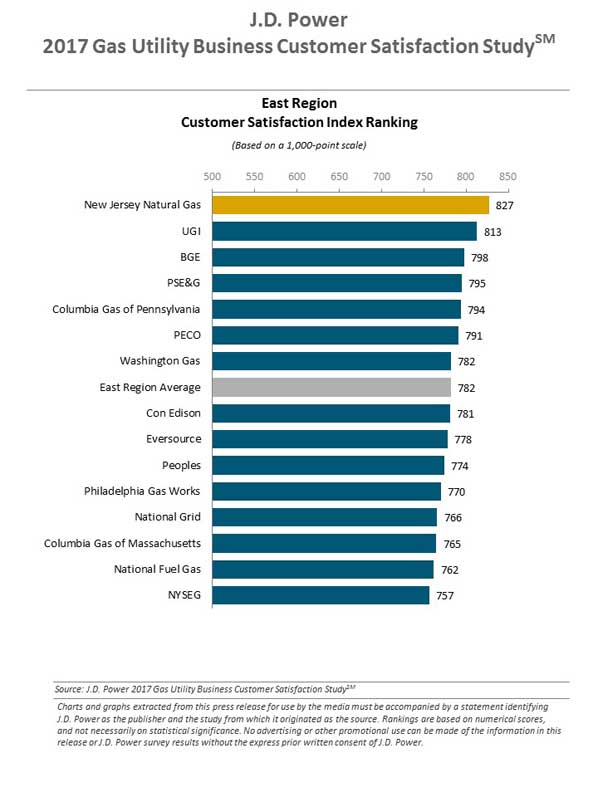