Fix Your Processes to Avoid Moments of Misery

How many processes in your business can cause a Moment of Misery? Shep Hyken explores how some customer complaints can be avoided by making common-sense changes. 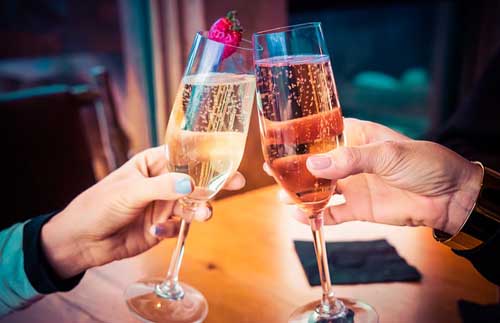 My friend went to dinner with his wife to celebrate their anniversary. The server overheard them talking about how many years they had been married and was flattered they chose to spend their special night at the restaurant. So, he brought them over complimentary champagne. They were surprised and most appreciative. That is, until the bill came.

As my friend looked over the bill he noticed there were two complimentary glasses of champagne on the bill that had a charge of two dollars per glass. Since it was only four dollars, and rather than have a confrontation with the server, he just paid the bill. A perfect evening derailed when the surprise champagne turned out to be a bigger surprise than he expected.

That four dollars nagged at him all night. The next day he decided to let the owner know that charging four dollars for two glasses of complimentary champagne was wrong. And, when he called the owner, the owner was mortified. He couldn’t believe it and apologized profusely. There was a good explanation. It turns out that there should have been no charge for the drinks, but for the purposes of book keeping, the bartender had to charge something for the drinks. The next step would have been to reverse the charge. That’s something the bartender forgot to do.

So, there was a legitimate explanation. My friend will go back, and I’m sure the owner of the restaurant will go overboard to take care of him. However, that is not what this lesson is about.

What would have happened if my friend chose not to call the owner? I found out, because I asked him. He told me that he would never have gone back to the restaurant. Ever! And, he would have told his friends about how they “nickel and dimed” him. He isn’t sure why he called the owner that day. He said, “I was just so surprised I had to let him know how unhappy I was about it.”

We all know the stats. Depending on the ones you read, up to 96% of customers who have a complaint, don’t make the complaint. They just don’t come back. But we thought they were happy.

In this case, my friend had a legitimate complaint. What caused it was a breakdown in the system. The good intentions of the server and the restaurant were ruined because a bartender accidentally didn’t properly put in the order.

So, what’s the lesson here? Fix the system. What other process can be created to ensure this mistake never happens again? To me, it’s simple. I’m not a restaurateur, but I asked my friend who is and he said, “Assign a dollar value of zero to complimentary drinks. Then it won’t show up as a charge that has to be reversed.”

How many processes in your business can, because of human error, cause a Moment of Misery? What complaints can be avoided by making a common-sense change? Are you losing business but gaining negative word-of-mouth advertising that you may be unaware of because of a breakdown in these processes? Think about these questions and come up with some answers.