In response to the Financial Conduct Authority’s Consultation Paper on Improving Complaints Handling [CP14/30], Aptean – a leading provider of customer complaints handling software in the Financial Services sector – has conducted a user group with industry representatives to gauge their thoughts on its pending implementation. 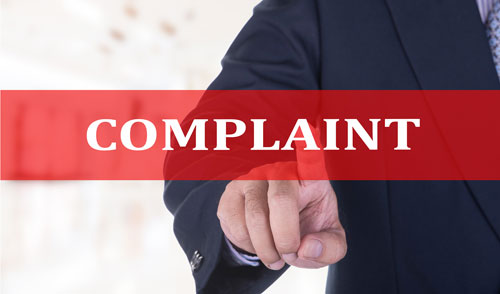 In the complex world of complaints management, no sector carries as much monetary and emotional attachment for consumers as Financial Services. For them, there are always ways to improve how their complaints are handled – the industry has responded accordingly.

In December of 2014, the Financial Conduct Authority (FCA) published a Consultation Paper on ‘Improving Complaints Handling [CP14/30]’ as a follow-up to its ‘Thematic Review on Complaints Handling [TR14/18]’ from November of the same year. The Thematic Review was designed to show the findings of a working group consisting of 15 major retail firms who handle 90% of all complaints – CP14/30 was the FCA’s response.

It is an issue that is being scrutinised on a global scale. For example in the United States, the Consumer Financial Protection Bureau (CFPB) is now allowing consumers to detail the full narrative of their complaint to its own public portal. Effectively customers can ‘name and shame’ their service providers – a move that has drawn an outspoken reaction from the US Financial Services industry itself.

Whilst the FCA proposal has proven less contentious, there are still issues that the industry is keen to address.

Upon publication of CP14/30, the FCA outlined its reasons for doing so:

‘Consumers are entitled to complain and to seek compensation from firms when things go wrong. We want to ensure that the process of complaining is straightforward, transparent and fair to consumers, while allowing firms to handle complaints as efficiently as possible and for consumers to have effective access to the ombudsman service if they remain dissatisfied.’ (CP14/30)

The purpose of the paper is clear, but in implementing its policy proposals, financial firms need to be prepared for the relatively short turnaround date – under this proposal, organisations will need to be ready to ‘handle complaints as efficiently as possible’ as soon as March 2016. This, naturally, has sparked opinion from those companies directly affected by it.

Aptean has conducted a peer group discussion with representatives from consumer finance companies to gather feedback on CP14/30. Though not a Financial Services provider, Aptean is uniquely positioned within the sector, representing the concerns of a significant customer base and a large share of the regulated market through the provision of complaints handling software.

The group session was held to inform a written response to the FCA. Whilst the participants all agreed that helping customers obtain a fairer level of service is a constant priority, there were collective concerns in how its implementation would impact their businesses. These concerns were largely based upon the following propositions on identifying, handling and recording complaints:

Under current rules, firms have until the end of the next business day to informally resolve customers’ complaints. Failing that, the complaint becomes formal and recordable. After an eight week period from being made formal, the customer can refer the complaint to the Financial Ombudsman Service (FOS) for an independent final resolution.

The FCA has proposed extending this resolution period from one to three business days, whilst also allowing customers to immediately refer any dispute to the FOS. The problem the user group identified was that the luxury of three days to handle a complaint will be unworkable for staff at the front line, who might be expected to continuously go back and forth with customers. This would potentially place too great a responsibility in their hands and be logistically unfeasible due to the constant flow of enquiries they receive.

The overriding fear from the group was that front-line staff cannot know the nuances of complaints management without significant and costly training. While they may be trusted to handle informal complaints effectively, firms are reluctant to allow front-line staff the final say on the more formal matters – a notion currently left unclear within CP14/30.

What adds further complication to the concerns behind the three day rule is the very definition of a complaint.

Under TR14/18, it was suggested that the definition of a complaint should be reconsidered to remove the more subjective elements that currently exist. Currently, the definition includes, ‘financial loss, material distress and material inconvenience.’

However, upon CP14/30’s release, it does not propose any change. The FCA refused the move to a wider definition, namely that of ‘any expression of dissatisfaction’. Had it been amended, it would remove the complication of genuinely defining what is and is not a complaint. What the FCA has done however, is propose that every complaint is to be reported to the FCA to ensure ‘greater transparency’.

The concern is that customers, firms and individuals who handle each complaint might interpret this ambiguous definition differently. But because of the increased reporting requirements, every complaint – be it formal or informal – may have to be recorded so nothing slips through the net. As a further consequence, by essentially reporting every single complaint, firms will have to consider leaving no complaint resolution at the front line for fear of how the FCA will review each Summary Resolution Communication (SRC) – which again, is currently undefined under the new rules.

The group feared that training frontline staff to handle and respond to every complaint within three days would be too great a burden on finances and time. Without sufficient training, or without a sufficiently integrated and efficient system of communicating with senior complaints handling managers, it could in fact increase the risk of customer dissatisfaction and be counterproductive to the FCA’s goals.

The concerns of the peer group are certainly warranted, but affected organisations might have to accept that there are unlikely to be significant changes to what was published in the Consultation Paper.

The FCA’s response to the industry feedback has not been given a timeframe, but whilst we await clarification of the finer details, one thing is clear: Financial Services firms must start preparing and refining their complaints handling infrastructure as soon as possible. If not, organisations risk an increase in unwanted investigations by the FOS – a negative hit against their own reputations.

But what can firms do to combat the potential reputational damage?

The practicalities and processes that impact organisations’ front-line staff was a consistent theme throughout the user group. It is here where a cost-efficient resolution can be strategised, and there are indeed options that can circumvent the need for a complete overhaul of current methods.

The prime solution is an analytical system whereby front-line staff and senior complaints managers can efficiently capture, process, resolve and analyse every piece of customer feedback, before speedily actioning in line with the pending regulatory demands.

Customer expectations will rise as they become more aware of their rights. It is a sector in which they pay scrupulous attention to their own experience. By acting now and optimising their complaints handling system, businesses can deliver a service that matches both customer and regulatory expectations.

Being ahead of the game will be of benefit to all parties in the long-term, and it is coming sooner than you might expect.