Earning a Return on Your Customer Relationship Fund

A revealing case study that delivers quite a troubling message from a major customer. 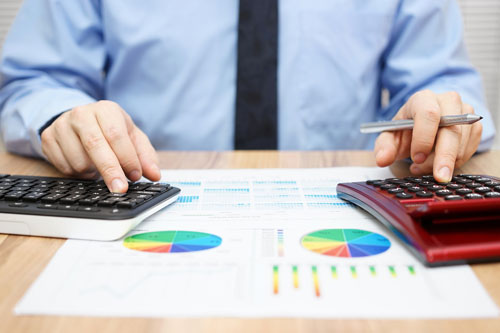 The case study that follows started off a number of years ago with a quite troubling message delivered by a major customer to a key supplier from the instruments industry. An executive in the instruments firm summarized the message that he heard from this customer as follows:

“I was summoned in for a meeting with a counterpart in [the customer organization], an individual that I’ve worked with for quite a few years. The strength of that relationship prompted him to give me a very difficult message.

Basically, he said that our firm has gotten the reputation of taking [the customer’s] business for granted, and that there was a groundswell starting in favor of putting the business out for bid.

“We had a quite frank exchange, and I came away from it knowing that what he was saying was in fact pretty close to the truth. The examples that I heard weren’t ones that I was particularly proud of, and they certainly weren’t ones that I would trumpet as examples of how we treat our most important customers.”

This communication prompted the instruments company executive to open a discussion with our firm about best practice approaches to major customer relationships. In the course of that discussion, I introduced the concept of a “Relationship Fund”, an idea we developed over a decade ago as a way that suppliers can ensure the health of their most important customer relationships.

The point of the Relationship Fund is to ensure that there is an on-going investment in the health of such major customer relationships. This is done not out of a belief in equalization of spending across customers, but because such major customer relationships can be among the fastest growing and most profitable ones within a business-to-business supplier’s portfolio – if the appropriate investments are made in value creation.

Implementing the Relationship Fund concept involves an on-going assessment of the extent to which a firm’s spending on marketing, sales, and customer service appropriately reflects the importance of major customer relationships. If spending is skewed, with smaller accounts and market segments being subsidized by the firm’s major customers, there is typically good reason for concern.

To the extent that it is occurring, our research suggests that the potential for instability in the major customer relationships is substantial. After all, such relationships are often the primary target of competitors, and executives throughout the customer organization are typically very aware as to whether they are getting value from their major suppliers.

When we did the analysis for this firm, we in fact concluded that there was a significant imbalance, not just with this customer, but across the board with the firm’s largest relationships. It was not surprising that this relationship was coming under pressure.

Faced with this information, the instruments company leadership team decided that they needed to refocus their attention on their major customers, and committed funding to support on-going investments in these key relationships. The company that provided the “tough message” described earlier was selected as the first target for this program.

Once the decision was made to implement the Relationship Fund concept, the most important and challenging question then surfaces: How should the Relationship Fund be spent? Experience suggests that the roster of options is typically plentiful. Often each option has a strong advocate from within the supplier organization. Choices among such options require discipline, and the leadership team has to evaluate each option as to its potential to create value for the customer that can subsequently captured by the supplier.

The findings that emerged as to the most dramatic changes that had taken place over the five year period were diverse. Some changes were easily spotted. For example, the volume of business being done in emerging markets had grown by nearly an order of magnitude during that interval. Other changes were somewhat more subtle. For example, the electronic content of one key instrument supplied to this customer had nearly doubled during this period, and now represented the most significant element of the product cost structure and the most critical determinant of several key performance metrics.

Once these changes were identified, the instrument supplier implemented a “voice of the customer” program oriented towards understanding this customer’s expectations and the challenges that they anticipated facing in future years. The focus of this program was forward-looking, designed to identify ways in which this supplier could contribute value and, in some instances, areas in which they needed to catch up with the needs of their customer.

The insights that emerged from this program were not only valuable, but they stood in rather sharp contrast to the expectations that had been formed over the years in working with this customer. As one executive stated, “It shouldn’t have surprised us that a large relationship like this one couldn’t remain static, but we acted as if expectations should have been frozen in stone.” Multiple action plans emerged from this program, impacting on many elements of this supplier’s relationship with this customer.

The second initiative funded by this supplier involved a collaborative project conducted jointly with this customer. The supplier recognized that they were part of a complex customer chain, one that started with their direct customer and that then extended to dealers, contractors, and eventually the end customer organizations that used the equipment which included the supplier’s instruments.

The research project was designed to improve the understanding of the needs of those later-stage customers. Efforts like this have been successful in the context of many strategic relationships between suppliers and their customers, and this instance was not an exception.

The research with later-stage customers identified a number of needs that were either unmet or poorly met, some the result of changes in the business environments of those later-stage customers. In a number of cases, the challenges that were uncovered through this research sparked opportunities for collaboration between the two firms in developing and introducing a solution.

An executive in the customer organization later noted that “We wouldn’t have understood [a certain need] if we hadn’t done this research project, and we certainly couldn’t have some up with as good of a solution had we tried to do it on our own. This was an example of a successful collaboration with a supplier, one we’d like to have happen much more often.”

Looking back on this experience, the instrument company executive that was quoted earlier provided the following retrospective:

“It is never fun to hear from an important customer that we are falling down on the job, but was much better to hear that than to have heard that we’ve been replaced as a supplier. This experience was a wake-up call for our organization. We learned we can’t take strategic relationships for granted, and that we have to make a constant effort to listen to our customers and make a constant commitment to invest in the relationship.

“This situation could have created a major hole in our growth plans, as replacing this customer’s business would have been a huge challenge. Instead, what has happened is that this relationship has become a solid source of growth, one that we now have confidence can continue into the future.

“At our company, the Relationship Fund is now a permanent part of the landscape. We don’t debate its importance. We know we are earning a great return on that investment.”

The lesson learned by this firm is one that should be heeded by other business suppliers with significant major customer relationships, ideally doing so prior to when they hear a tough message from one of those customers. Major customer relationships can be an on-going source of profitable growth, but that will only take place when attention is paid to hearing messages from those customers and funding programs that ensure that the relationship can be sustained at a strategic level.

George F. Brown, Jr., along with Atlee Valentine Pope, is the author of CoDestiny: Overcome Your Growth Challenges by Helping Your Customers Overcome Theirs, published by Greenleaf Book Group Press of Austin, TX. He is also the CEO and cofounder of Blue Canyon Partners, Inc., a strategy consulting firm working with leading business suppliers on growth strategy.