Standards have gone up – and 90% customer satisfaction simply isn’t enough any more. You have to go far beyond simple satisfaction to build follow-up and referral business, and profitability. 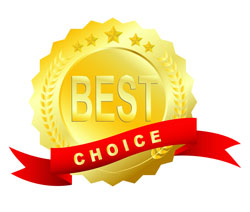 However, the research showed that there was no correlation between satisfaction and intention to repurchase.

What has happened is that our customers’ standards have gone up. Satisfaction now basically means that you’ve given bare-bones service and have not yet ticked off your customer. It’s nothing special.

Sears Roebuck measures customer satisfaction on a scale of 1 to 10. On scales like that, many companies group 9 and 10 together, or ‘satisfied’ and ‘very satisfied’. While most companies would be happy with a 9 out of 10, Sears found that the difference between a 9 and 10 is massive. They target only 10s now.

Simple satisfaction isn’t enough any more. In fact, studies have shown that, just before they defected to another vendor, as many as 90% of customers would have rated their original vendor as being ‘satisfactory.’ This is also relevant to the public sector ever since ASD (Alternate Service Delivery) became a common – and unpopular – word in government, requiring public sector departments to bid against private sector firms to keep their jobs.

Retaining customers is where profitability and success come from. The research is pretty solid in showing that it costs ten times as much to get a new customer as it does to keep the ones you have. In fact, a Harvard Business Review study showed that, if you retain only 5% of the customers who defect to other vendors, your profitability will go up by 30-85%, depending on your industry.

The bar has gone up. To keep those customers, you have to actively and genuinely care about them and do those extra little things that make a difference. That can’t be faked. People know if it’s genuine or not, and it’s your front-line people who need to be delivering that genuine caring and service.

So how can you ensure that this happens? You certainly can’t browbeat your people into caring about their customers and doing the extra things. As Dennis Kinlaw states in his book, Coaching for Commitment, ‘The desired level of performance is not merely ‘satisfactory.’ The desired level is superior and outstanding… People may conform, i.e., do satisfactory work, because they are forced to. They only do superior work because they want to.’

In order to have your people delivering such consistently outstanding service, they have to have a clear win for doing this. It’s not enough to simply say that ‘it’s their job.’ That commitment, and your employees’ behaviours, are built – or destroyed – by your cultural systems.

Cultural systems are the learned ways of doing things in your organization. People do what they are rewarded to do. You may want someone to be focused on serving a disgruntled customer, but if they know that their heads are on a platter if they don’t have the paperwork, then they will make the customer wait while they go through all the hoops that cover their behinds.

Manage the cultural systems, and these systems will guide the behaviour you want from your people.

Ravi Tangri is the Chief Rocket Scientist for Chrysalis Strategies Inc. and the author of ‘Leading Authentically’ and ‘StressCosts Stress-Cures’.