Client care, brand reputation and new technology have emerged as the top priorities for Legal Practices, in the third annual survey carried out by UK legal technology innovator Zylpha.

In all, 92% of respondents feel that optimizing Client Care is now the main objective, albeit this contrasted with a figure of 78% when the survey was conducted last year.

This year’s result is reinforced with the figure that 87% of respondents feel that
practice brand management and client perception is essential too, rising from 75% the previous year.

New Technology also scored highly, with 82% agreeing that it too was an important priority; although this is driven equally by the desire for good client perception as it is for securing efficiency gains. Regulatory issues such as the imminent arrival of GDPR is seen as a major reason behind these changes, albeit there is also an increasing sentiment that clients are expecting more.

On the technology side, all those surveyed stressed the importance of integration with online services, with the appetite for Cloud systems climbing rapidly from 10% in 2017 to nearly 30% this year. Of those who expressed an interest in Cloud technology, the primary driver was the increasing popularity of solutions such as iManage and Net Documents. A new trend of note, is a healthy demand for mobile & tablet applications from 52% of respondents.

Another time honoured priority is Security. Naturally enough, this is still a top
concern with 71% of respondents citing it as a lead concern. The figure was at a similar level in the previous two years. 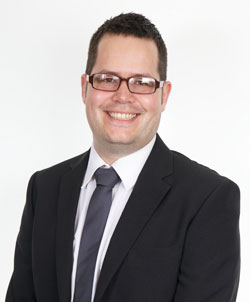 “The results of the survey, from over 200 respondents have shown a shift to client care, enhanced client perceptions and the technology to back these up. This bodes well for clients as many of the changes will make access easier and reduce costs. Other than that, issues such as security and cyber risks are a constant but the potential threats posed by Brexit are not yet registering. However, that’s not to exclude them from the medium to long run. It will be interesting to see how the data has evolved in another twelve months.”

The full survey results can be found here