Chinese Crypto Ban: What It Means for Cryptocurrency 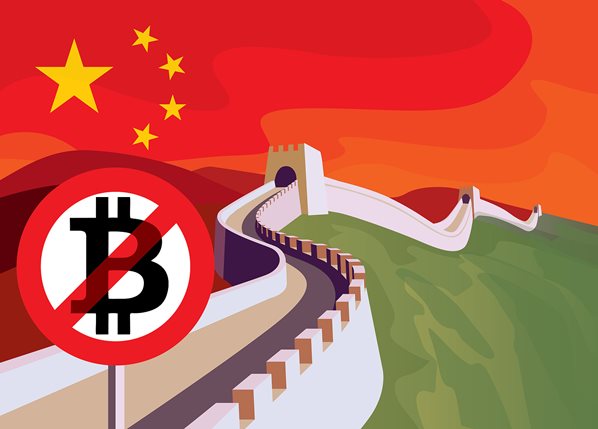 Just a couple of weeks ago, Chinese regulators outlawed all cryptocurrency-related transfers, citing concerns about money laundering and ecological damage. The move sparked a sharp drop in markets; some investors were quick to dump their holdings, and the price of Bitcoin, Ethereum, and all other notable coins fell nearly 10% after the announcement before quickly regaining some lost ground.

What was the reason behind it

It’s estimated that 65% to 75% of the world’s bitcoin mining takes place in China, mainly in four provinces: Xinjiang, Inner Mongolia, Sichuan, and Yunnan. Sichuan and Yunnan are home to many of China’s hydropower facilities, making them eco-friendly energy meccas. Meanwhile, Xinjiang and Inner Mongolia are dotted with coal-fired power plants. However, Beijing has decided to fasten the belts regarding energy coming from coal-fired power plants due to climate concerns.

Chinese President Xi Jinping pledged at the United Nations General Assembly on September 21 that China will not build coal-fired power plants abroad. It is a bold statement, as the People’s Republic of China will heavily invest in renewable energy and reduce its carbon emissions to save the planet.

When the news about the ban on Bitcoin mining came out, the crypto community was shocked. But eventually, they realized that it couldn’t be the end of crypto mining. History shows us time and again that Bitcoin entrepreneurs know how to find solutions in unexpected situations.

In July 2020, Kazakhstani financial authorities announced that Bitcoin would be considered a digital asset that can be accounted for like any other commodity. It is also possible to establish crypto exchanges and other regulated activities based on digital assets under the AIFC Fintech rules. Centralization, though, would contradict the legacy that Satoshi Nakamoto has left. After all, if mining is legal and Chinese miners have nothing to hide, moving their computers to Kazakhstan will make a lot of sense.

There are places in the US where miners can turn to for cheap energy. For instance, Texas has a number of power plants with the capacity to supply electricity at reasonable prices. Still, there are several pitfalls that miners should be aware of. States like Arizona, California, Montana, and New Hampshire have created laws for mining activities; some welcome it, while others push it away.

Georgia, home to BitFury and other mining operations, is punching above its weight. While it doesn’t have the wealth of Russia or Ukraine, there are several reasons why it is a prime location for mining operations. Low electricity costs, favourable tax laws, and a strong tech scene provide incentives for miners.

Few countries are as friendly to cryptocurrency mining as Iceland. With its abundance of renewable energy, the small country has become one of the world’s prime locations for digital currency mining. The industry has taken off, and mines in Iceland are expanding at an exponential rate.

How about the cryptocurrency market

Technical indicators are only one factor to consider, but a significant one. It’s hard to ignore the sharp sell-off caused by fears of a Chinese credit crisis. The second-largest economy in the world is modifying lending policies. So can China stop its citizens from mining and trading Bitcoin? If so, the domino effect will soon follow: Ethereum, Dogecoin, Litecoin, and all other altcoins will suffer from the Bitcoin drop in price.

Is it all doom and gloom?

Bitcoin has always been an unstoppable force, defying even the most stringent rules. With the recent cryptocurrency market crash in China, many people are wondering how Bitcoin will fare. But Bitcoin is no ordinary cryptocurrency – with its ability to defy bans and continue to grow its market share globally; Bitcoin will continue to be a juggernaut of the financial world. But while Bitcoin is still the prime crypto target for investors, more and more people buy Dogecoin, Ethereum, and other coins, in an attempt to diversify their portfolio.

Cryptocurrency mining is one of the most profitable businesses in China, but government officials have shattered the growing industry. As a result, mining rig sales are plummeting, causing strain on other cryptocurrency-related businesses. While the crackdown may initially cause problems for miners and cryptocurrency companies, it will eventually weed out the weaker ones, potentially paving the way for better implementations of digital currencies or other blockchain solutions.