Are People Telling Great Stories about Your Customer Service? 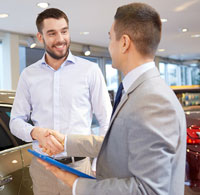 Ron Rosenberg gives us some important lessons on the importance of providing legendary service.

Happily, this wasn’t the case during a recent trip to Wilmington, NC.

I was there to present three sessions at the annual meeting of AENC – the Association Executives of North Carolina. Because the people attending these events are decision makers themselves, it’s a great opportunity for me to get visibility in front of meeting planners who can then book me to speak at their own associations’ events.

Similarly, it’s a fantastic opportunity for the host city – and local hotels, restaurants, and attractions – to put their best foot forward in hopes that the attendees will bring their events to that destination.

So everyone involved is trying to make a great impression and that’s certainly what happened during the opening-night reception, held at the Ruth’s Chris Steak House at the Hilton Hotel.

We had a nice reception on the patio. The weather was pleasant, and the view was great – right on the Cape Fear River where we could see the USS North Carolina docked on the other side of the river.

We had an open bar, some tasty food, and we met some interesting people, including one couple from Raleigh. We talked with them for quite a while about business, travel, and, ultimately, kids. They had three of them – all boys – and it turned out that one of them had a serious allergy to corn.

This really didn’t sound like a big deal to us, until they pointed out how many food products contain some form of corn. It’s basically in all of them! Because corn syrup is an ingredient in most processed foods, making it a task of giant proportions to prepare meals that don’t have even a trace of corn in them. Even steak can have traces… if it’s from corn-fed beef!

The restaurant manager stopped by to introduce herself and asked if the couple would be staying for dinner. They explained that while they would love to, their children were with them on this trip, and one of them had a corn allergy.

After asking a few questions about exactly what the son could and could not eat, the manager disappeared into the restaurant, and returned a few minutes later – with the executive chef. The chef spoke with the couple, and identified several dishes that could be prepared especially for the son that would have no corn or corn-based products.

And it would be no problem at all to do this for them – Cape Fear river even on a busy Saturday night!

There are several important lessons here we should review.

1. Problems or Opportunities? It would have been easy, and probably even acceptable for the manager to “walk away” from the situation by agreeing that a corn allergy was a difficult thing… and good luck with that. Instead, she got the executive chef, and together they came up with a solution.

2. Make a Connection. By taking charge of the situation, and really listening, the manager was able to really connect with the parents and make a great impression.

3. Create a Legend. Even if the parents don’t tell this story to anyone (although I’m sure they will), I’ll be sharing this in live programs and articles, along with the name of the restaurant: Ruth’s Chris Steak House in Wilmington, NC.

Are people telling great stories about your customer service, your staff, and your business?