Answering a Call from the Future

You might think a “phone company” deluged with “call center” customer-service problems is as ironic as it gets. You’d be wrong. 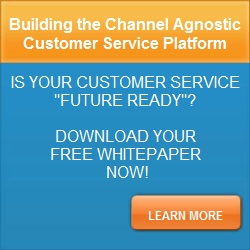 Our experience helping just such an enterprise revealed a much deeper irony.

It was one that – once identified with analytics, and responded to with Lean Six Sigma process reengineering – simultaneously improved customers’ satisfaction with their inbound-call experiences even as it lowered our client’s annual cost for assisting its customers by $2.5 million.

Since its founding 20 years ago, our client had grown from a provider with a national footprint confined to landline services, to what is today a multibillion-dollar enterprise offering integrated communications on a continental scale.

Like so many telecoms around the globe, though, regulatory changes have profoundly impacted its future growth outlook for better and worse.

A mid-2000s rewrite of law governing fixed- and mobile-line licenses in its core market, for instance, brought stiff competition – and with it, heightened expectations from customers suddenly presented with market choices they never had before.

Living up to these rising expectations has not been easy. The telecom must tamp down costs wherever it can to keep pricing for its voice, data, broadband and Internet offerings competitive with new entrants angling to lure away customers. Our client’s future, in short, depends on figuring out how to deliver ever more service satisfaction to a new generation of tech savvy customers without spending ever more money doing it.

To tackle that challenge, we spent six months testing what proved to be a highly counterintuitive (read: ironic) solution. The strategy for “answering the call” for better customer service was (believe it, or not) to design a process where far fewer customer calls needed to be answered.

Seeing How the ‘Little Things’ Add Up

With 4-million-plus phone lines under management, the telecom’s call-center had been fielding 12 million inbound customer service calls a year. Then our team of Analytics experts and process Reengineers began Phase I of a project designed to cut inbound volume by nearly 1 million calls while simultaneously improving first-call-resolution outcomes for customers.

The initial process changes we identified were so simple and small you would not think they could add up to much. In the end, though, they added up to a 7 percent reduction in monthly call volume, which, over the course of a year, translates to 840,000 fewer calls. Equally impressive was that even as call volumes dipped customer satisfaction levels ticked upward as wait times for live help shrank and self-serve solutions became clearer and easier to pursue.

Dramatic as the numbers are, they become more impressive when you consider they are the result of just four small process changes. With a dozen more “small” Phase II recommendations set for implementation, it’s safe to say that future reductions in call-volume will be even more significant even as customer satisfaction levels rise.

This “in parallel” reduction in call volume and elevation in satisfaction would not be attainable if not for the unprecedented level of access, trust and collaboration among the combined client/Genpact team. Ultimately, it enabled us to leverage our analytics, process and technology capability in a way that quantitatively validated years of client assumptions in under a month.

Developing a capacity to see the “little” glitches that hide so well in plain sight in any large enterprise – and eventually add up to big headaches – required a different, more “granular” kind of vision. For us, that vision came courtesy of a dive deep into the available pool of data on those 12 million customer calls made annually.

What we learned was that where a caller preferred to use a touchtone keypad to self-serve an information request, available audio prompts often made it difficult to impossible to do so. And once led to a “dead end,” some 3000 callers a day would either (a) hang up in frustration, and start the call process over, or (b) pursue the only other option available: asking the audio system for a “representative,” even though their minor self-serve call issue didn’t require live assistance.

While countless small dysfunctions were found to have been needlessly driving up call volumes, the four greatest negative contributors were as follows:

1. When callers selected a keypad option they quickly realized wasn’t taking them in the right direction, they had no “back button” to “return to the previous menu.” The Fix: Go-Back Keypad Feature Added.

2. If a caller missed – or was unclear about – any item in a lengthy series of menu options, he had no way to replay them. The Fix: To-Repeat Feature Added.

3. The first prompt to all callers instructed “existing customers press 1,” and “new customers” to “press 2.” But when pressing 2, new callers received options related to “new products” that many existing customers also wanted to add, but couldn’t because they selected 1 as told. The Fix: Prompt changed to say, “If you are calling about a new product, press 2.”

4. Each time a customer called back about an ongoing issue – or was transferred to another rep deemed better able to address it – he had to repeat all of the details. The more explaining and confusion associated with each call, the more calls a customer felt he had to make to finally reach “the right person” to help. The Fix: An “auto ID feature” was added to recognize a caller’s number, immediately access prior open-issue histories and account information, and present him with the appropriate self-serve or live-service options.

These four small fixes have already had a big ripple effect on the quality of customer service. A sharp drop in calls requiring live help means the telecom no longer need depend heavily on less-knowledgeable temps, which once accounted for half all call-center personnel.

So the net result is not just fewer calls overall; it’s fewer but much more capable reps correctly and completely handling an issue the first time a customer calls.