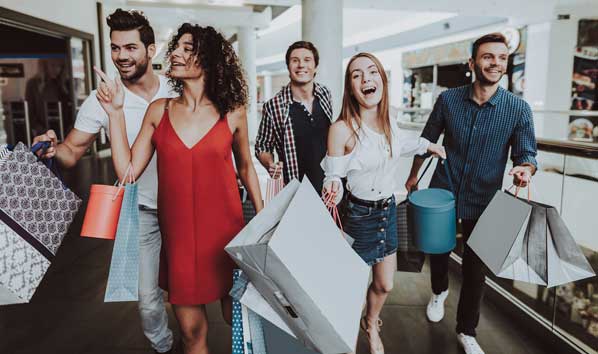 Eight-in-ten UK consumers (80%) plan to avoid stores on Black Friday this year, according to research by Genesys. A majority of respondents – 55% – say they do not want to take part in the pre-Christmas bargain hunt on November 23rd this year because stores are too busy.

The research, exploring the attitudes of 1,000 UK consumers, found that 31% of shoppers do not believe Black Friday price reductions are worth the trouble of battling the crowds. In fact, 16% say there are better deals to be had at other times of the year. More than a fifth (21%) prefer to shop online on Black Friday.

The retail sales extravaganza known as Black Friday has grown tremendously since truly gaining popularity among British consumers in 2013. In fact, data from IMRG shows UK shoppers spent £1.39bn on online retail sites on Black Friday 2017. This year, UK sales are expected to boom, with shoppers projected to spend £5bn in total, half coming from online sales.

“This year, the vast majority of British consumers are planning to stay away from stores on Black Friday because it’s not worth the bother. They prefer shopping online in the comfort of their own home – or whatever location is convenient – to the chaos of dealing with crowded high-street stores,” said Richard McCrossan, digital lead for Genesys, and an expert in customer experience solutions.

“Shopping has become as much about the experience as the purchase – and during the holidays, that means speed is of the essence and convenience is king. Only 5% of respondents said a low standard of customer service is a reason to avoid physical stores, so it’s other aspects that put consumers off. With an estimated 14 stores per day closing in the UK, retailers must meet consumers’ expectations for hassle-free experiences at every touchpoint – from making payments to finding answers to questions, to getting personalised, friendly service. It’s not just about the purchase – it’s about making the experience great,” McCrossan explained.

The research also found some interesting differences in attitudes to Black Friday:

Differences emerged between the generations as well, with 60% of 18-24-year-olds saying stores are too busy on Black Friday compared with 50% of respondents over the age of 55.

Black Friday originated in the US and has now become a UK phenomenon, with heavy discounting on thousands of goods ranging from tech and electrical appliances to beauty and fashion, as shoppers prepare for the festive season or snap up pre-Christmas bargains for themselves.