7 Steps for Making A Customer Complaint 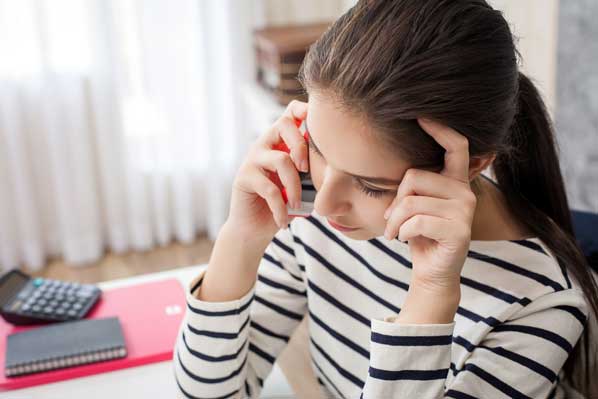 There are some individuals who are very effective when it comes to making complaints. They appear to instinctively know how to explain their problem, what to see and how to get refunds, apologies, or other positive outcomes.

Other individuals discover that they appear to end up yelling in frustration on the phone.

So, what does the first group of people do that the second group doesn’t?

In this article, we will be unpacking some of the various issues that are involved in complaints and will help you learn how to effectively complain, whether on the phone or in person.

One of the first steps is to find out information about the organization you are dealing with. For example, if you are looking for contact information for a company take a look at 2Shay.

What exactly is an Effective Complaint?

There are several simple rules you can follow so that your complaints will be more effective.

Rule 1: Be clear about what you would like to accomplish

The complainants who are most effective are the people who clearly know what they want to get out of their complaint and then clearly set that out to the individual they are complaining to.

If you would like a refund, for a service or product that did not live up to what your expectations were, then say that. If a refund is not sufficient, say that as well. If an apology is all that you are looking for, then make this clear. That makes it a lot easier to deal with your complaint and more likely that it will be resolved satisfactorily.

Rule 2: Threaten the reputation of the company

Complaints that are effective threaten to damage the reputation of the company in some way.

Not in an overt way; you don’t need to say; I’m going public if you don’t respond. You just need to say something like, “I was very happy with you, and I would recommend your company to all of my friends, but I don’t I’ll do that now.”

That will cause the company to become aware that you may start to tell your friends about your negative experience or, even worse, start to talk about it on your social media.

Rule 3: Get personal and aim high

A majority of companies have a specific complaints procedure to follow. If you go through their procedure then you will most likely get a good result.

However, you will get this level of response at least if you directly email or write the chief executive. Usually, you can find the details via Google or on the company’s website.

It is possible to call and make an effective complaint over the phone, but generally speaking, the odds are against you.

To begin with, you cannot see how you are speaking with.  There, it is easy to put you off. A really junior individual may promise they will look into the matter and end up doing nothing. If you email or write the chief executive, it will be a lot harder to ignore your complaint. If you are out on the shop floor or standing in the reception area, and demanding every two or three minutes to see somebody senior, then you are a lot more likely to get a quicker response since you are embarrassing them.

For most companies, reputational damage is very bad news.

If you really need to make your complaint by phone, then stay focused on what you are trying to accomplish and then state it very clearly:

Be sure to keep a complete record of your conversation, including the individual’s name that you spoke to.

If you aren’t satisfied with the conversation, ask to speak to the individual’s manager and do not allow yourself to get put off by them telling you “so-and-so is on break right now.” Instead, ask when the person will be back and ask them to call you after they get back.

Ask for the name of the manager and, if they don’t return your call, then call them again and ask to speak to the manager. Be persistent.

Rule 5: Make use of social media

Particularly if you don’t get a response immediately. When a complaint is stated via Twitter, particularly with a hashtag of the name of the company along with ‘bad customer service,’ you are likely to get a really fast response.

A majority of large companies have someone who monitors Twitter for any signs of activities about them. Once again, this is all about reputational damage. To give your matter an even higher profile, send your tweet to the chief executive if she or he is active on Twitter, and use the @handle at the start of your tweet. Be sure you have spent the time to carefully craft your tweet and express the nature of what your complaint, or state how long it took to respond to the original complaint you made.

Don’t let the response from the company to your complaint throw you off. If you have made an effective complaint, you might get a higher level of response than what you were expecting.

For example, a very senior manager or the PA for the chief executive might call you, or the chief executive might send you a personal tweet or email. Whatever level of response you get, you don’t have to feel obligated to take the first offer you get. You always can say, “well that sounds good, and I like that, but I’m not confident that you really have taken ‘x’ on board. Apart from everything else, it gives you some time to think.

Rule 7: Instead of getting mad, get even.

The reason why you are complaining is you are angry. But before you call or email, try to calm down first.

First, make sure that you have the right to be upset before you jump off of the deep end. Did you misunderstand anything? At times it can be best to wait about a day before you make the decision of whether to complain or not, although there obviously will be times when you have to just go in with all your guns blazing.

Rule 8: If you do not end up getting the response you want, say something

There isn’t any point to just be seething inside. If you are speaking to somebody and they don’t appear to be listening to you, say something.

If they respond to a totally different point, make this clear. If the person is being downright rude to you, then politely ask if they realize how rude they sound. If you aren’t happy with the individual you are speaking to has the authority to provide you with the response you are looking for, ask to speak to the manager.