10 Facts You Need to Know About Data Security 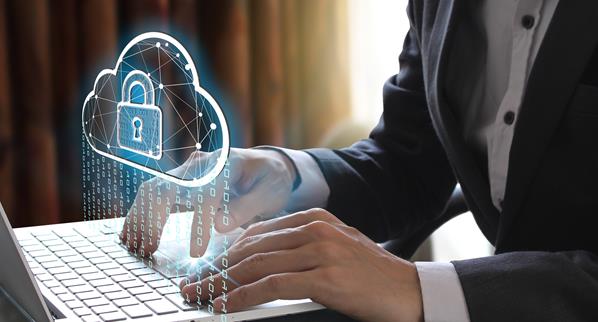 With the cost of cybercrime now exceeding $1 trillion dollars, here are some key facts about data security management.

Fact #1: Cyber Attacks are on the Rise

The Internet has changed our lives forever, and most would argue that the change is for the better. Pretty much anything and everything you want to do can now be done online with a few clicks of a computer keyboard.

But all of that Internet activity and convenience has led to criminal activity that includes identity theft, Here’s a hard number to grasp:  every 39 seconds there is a hacker attack that affects one in three Americans each year. That means every minute of every day someone is illegally accessing data that can be used for identity theft and other crimes. In 2018, hackers stole more than half a billion personal records.

Unfortunately, most unsophisticated computer users make it far too easy for hackers to steal data. How? Hackers gain access to someone’s computer by guessing the person’s password or through phishing scams. Opening or responding to an email is the gateway to letting the thief into the computer. It’s always best to check on unknown senders, and it’s easy to do. There are online services available like Nuwber that can reveal the true identity of senders, providing accurate information based on a person’s name, phone number or address. For true peace-of-mind, it’s always best to check in advance before corresponding with someone you don’t really know.

It’s not the average consumer that is the target of hackers; instead businesses are the prime targets. And 3 key industries are the most attractive ones to hackers: government, retail and technology. It’s easy to see why: they all have valuable data that thieves want to access.

Everyone remembers the data breach at Target in 2013. More than 40 million customers had their data and credit card information compromised, and Target ended up paying over $162 million dollars related to that breach. But it’s not only the big companies that are under attack: 43% of all cyber attacks went after small businesses. In fact, 64% of all companies have faced a web-based attack, and 62% experienced phishing and social engineering attacks.

Most business hacks don’t happen through the IT department, but rather through their employees. It isn’t willful negligence on the part of employees, but they’re the reason for most data breaches. An employee opening an email from an unknown sender can cause the breach, because it allows the sender to infect the computer with malware or viruses and give the hacker control of the system. Once the hacker is in, it’s difficult to detect and extremely hard to stop. Many companies are implementing protocols to prevent this, including having employees use online services like Nuwber to verify the identity of the people they’re corresponding with.

Fact #4: Most Organizations Don’t Have A Response Plan

You would think that based on the huge numbers of cyber attacks happening around the country that most companies and organizations would have a Cyber Security Incident Response Plan in place. Unfortunately, that’s not the case.

In fact, 77% of organizations don’t have a plan. And what makes the matter more concerning is that 54% of companies claim that they have had one or more cyber attacks in the past 12 months. Based on the damage that can be done once a breach occurs, it’s imperative that a Response Plan is in place to mitigate the resulting damage.

When Bitcoin came on the scene, many hailed it as the new currency and predicted it would replace traditional money transactions. While it gained some popularity, it has extreme volatility and has become one of the largest unregulated markets in the world.

What’s worse is that it’s currently estimated that 46% of all Bitcoin transactions involve some type of illegal online activity. Because it’s nearly impossible to trace, criminals are demanding payment in Bitcoin for everything from illegal drug sales on the DarkNet to ransom payoffs to hackers who have locked up computers in government and businesses.

Fact  #6:  The Healthcare Industry is Under Attack

Of great concern to people and regulators is the cyber attacks on the healthcare industry. Considering the sensitive patient data and information stored online, one would think that it’s critical to prevent any type of data breach. Yet over 75% of the healthcare industry has been infected with malware in the past year. That includes hospitals, healthcare organizations and healthcare manufacturing companies.

One study of over 700 healthcare organizations found that the cause was a lack of employee awareness and training. In addition to stealing confidential information, hackers often lock the system and demand ransom be paid – the cost of which can be staggering.

Fact #7: There are too Many Unfilled Cybersecurity Jobs

More training is needed, and more colleges and trade schools are adding programs to train the next generation of cybersecurity experts. But that will take time, and the shortage is expected to last at least in the short term.

Fact #8: The Cost of Data Breaches is Growing

The cost of these data breaches is growing. It’s estimated that in 2020, the average cost of a data breach will be $150 million. That’s a staggering number, and it’s only the average.  Another important reason the numbers are growing is the time it takes from the initial hack to the discovery of the breach – which now averages about 253 days. So much information can be lost or stolen in that amount of time, and so much financial damage can be done. Sadly, the numbers are growing. In 2018 alone, the cost of cybercrime was over $1 trillion dollars. Yes, that’s trillion with a “t!”

One would think the only entry point to a company’s data is a computer terminal. But many mobile phones can also cause security breaches. In an attempt to increase efficiency, companies are encouraging employees to work on tablets and smartphones while they’re out of the office. But any device that lacks adequate protective measures gives criminals an entry point into a data system without the user ever realizing it’s happening. Tablets and smartphones should only be used over secure networks and all data exchanged should be encrypted.

Fact #10: Most Cyber Threats are Preventable

While the news media reports on huge data breaches like Target or Equifax that seem complex to the average person, most cyber threats are preventable. By using caution when responding to emails, never giving out sensitive information, using online services to verify identities of senders and using secure tablets and smartphones, most cyber threats can be stopped before they do any damage.