When the Going Gets Tough

Life in the dynamic and unpredictable business world means that sometimes things will not go according to plan. 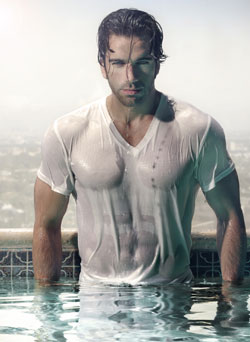 When a business is in crisis, it is easy to become trapped beneath a mountain of problems, but in order to succeed, individuals must be motivated and be able to sustain performance during a crisis and times of stress.

A lot of people believe that the true leadership capacity of a person is tested during times of crisis, whether it be personal crisis or a crisis in the economy. Performance under stress can show how quick witted or level headed a person is, or on the contrary, it can show where their weaknesses lie. As a business owner or as an entrepreneur, it’s important that you always keep your wits about you and stay cool in difficult situations.

Steve Jobs was fired from his own company; Nelson Mandela spent 27 years in prison; and Abraham Lincoln failed in business, had a nervous breakdown, and was defeated in eight elections. So how did all these people achieve such extraordinary success?

From rejection to workplace screw-ups, everyone has experienced that all-too-familiar gut-wrenching numbness. The great paradox is that the people who enjoy the most public successes often endure the greatest failures. However, these leaders understand, and even expect, that storms will come their way. They also realize that it’s how they handle the dark moments that gives them the internal strength to shine during their brightest ones.

The skills to make it through the tough times was tested by Rudolph Giuliani –Former Mayor of New York during the 9/11 attacks on America. Giuliani was only months away from leaving office with a reputation as one of the most effective mayors New York had ever seen.

He firmly believes that every aspect of his career up to that point shaped his thinking and prepared him for the daunting challenges ahead. Challenges that would lead a devastated city and a distressed nation out of crisis. He never knew that the experiences he had endured and the qualities he had would be put to the awful test of September 11, he says; but he never doubted that they would prevail.

He put in place systems that would identify potential trouble and started dealing with it before it happened. Mr. Giuliani set up a list of things he stood by steadfastly. They were:

By sticking to these building blocks of the resurgence of New York and the United States, Giuliani realized that it’s how his team handled the dark moments that gave them the internal strength to shine.

A similar list was used by Howard Schultz of Starbucks. Starbucks has experienced its share of failures and setbacks. When the economic downturn caused the coffee house industry to implode, Starbucks was ill-equipped to survive in a world where caffeine aficionados could no longer afford to drop $5 on a cup of java. But despite the odds, the brand has managed to refine its business model and adapt to changing economic circumstances.

Starbucks consolidated revenues reached a record increase over previous years and has allowed them to open 1,701 new stores around the globe.

Many people respond to a crisis by being overwhelmed by stress, which turns to fear. It is easy to be afraid when you have a crisis situation in your business, but if you remain brave, then your employees will be too, and together a strong team will be able to turn anything around.