What’s Your NPS? A Quick Guide to the Net Promoter Score 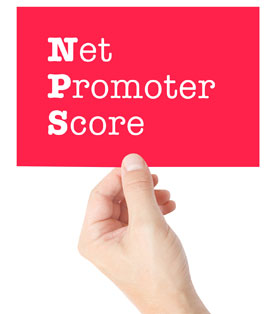 As a business owner or executive with high hopes of your company being around a long time, you often find yourself wondering what customers think about the products and services your company offers.

You need a way to measure customer satisfaction and loyalty, a way that produces actionable results. There is a way, and it’s known as net promoter score (NPS).

The NPS is an excellent tool for measuring satisfaction and loyalty among both regular customers and those that only utilise products and services occasionally. When coupled with targeted surveys, the NPS can transform a company from one that is barely keeping pace to one that is leading the industry.

The Basics of NPS

If you’re new to the concept, your first question is undoubtedly: what is NPS? The NPS, or Net Promoter Score, is a scientific measurement of customer satisfaction and loyalty developed by Bain & Company in the early 2000s. It’s based on the following question:

How likely are you to recommend our products or services to others?

The strength of the NPS is its simplicity. Short NPS surveys tend to be very effective because:

Calculating a company’s score is relatively straightforward. After sending out surveys and getting results back, you simply total up the percentage of promoters and detractors. Passives are irrelevant because they don’t have strong opinions one way or the other.

NPS is an effective tool that can be combined with others in the customer service toolbox to create the kind of experience that will result in ongoing satisfaction and future loyalty.

Surveys Tell the What and Why

In addition to the NPS is the customer survey. Surveys tell the ‘what’ and ‘why’ of scores. They tell companies just what their customers think about the overall experience and why they think it. This information is key to improving company performance so that it is always on an upward trajectory.

NPS is a very good tool for finding out what customers think of your business and the services and products you offer. Used correctly and in conjunction with other tools, a company’s NPS score becomes a valuable metric that motivates better performance.