What We Can Learn About the Italian Approach to Customer Service 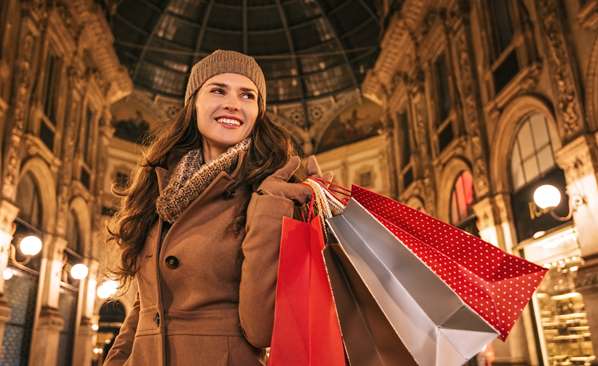 Are cultural insights significant in terms of their impact on customer service? Dr Laura Olcelli investigates.

Imagine you see a customer entering a shoe shop in Milan: “The assistant makes no move. She leans on the cash register, observing. Then she says hello but it’s such an unfriendly eructation that the customer thinks the assistant has digestive problems.”

Anglophile journalist Beppe Severgnini offers this exaggerated snapshot of Milanese customer service in his book La Bella Figura, to highlight some of the discrepancies between Milanese and American attitudes. If customer interactions could be encapsulated in a simple phrase, this would probably be ‘indifferent and full of misunderstandings’ in Milan; ‘simpatico, fake and winning’ in the States.

Severgnini limits his comparison to Milan, but I’ve experienced similar situations all over Italy so many times that I’m surprised I’m not desensitised.

In Liguria, a waitress looked as if she was doing my family a favour when she came to take our order. We were clearly bothering her – a lot. She even gave me an eye roll when I asked for my portion not to be too large! But oh my, the chef in that restaurant did make the best trofie al pesto ever.

Another time, a call centre advisor from Rome roared at me loudly: “Signora, what do you think? We’re working here, you know…”. He was ready to maul me, and I was armed only with fork and knife. In fact, I made him notice that he’d been calling every night at dinner time to sell me something, exactly when I was tucking in (nothing as scrumptious as the Ligurian pasta dish, unfortunately).

The doors of perception

You’re probably thinking this is all a matter of perception. Customer service can be good or bad anywhere in the world. It might simply depend on our body language, or our daily state of mind. And sometimes, isn’t it true that our positive or negative expectations can become self-fulfilling prophecies?

Before moving abroad over 10 years ago and discovering that customer service can actually be pleasant, my country’s standards didn’t bother me much.

But that didn’t make things any better. As my parents always say, “Here it’s like that, Laura” (with notes of resignation in their voice).

So should we just accept a place’s customer service ethos, without stereotyping it, comparing and complaining?

No, I don’t think that’s helpful, either. The key is understanding why it is the way it is.

Across the six cultural dimensions he identified, four stand out for Italy (see Hofstede Insights). First, Italy (particularly the north), is very Individualistic. This can perhaps be traced back to the Renaissance, when Francesco Guicciardini – historian and Macchiavelli’s friend – stated that people, especially those in power, will always act according to their “particulare”, or self-interest.

Second, with its high Uncertainty Avoidance, Italian society doesn’t appear to be keen on uncertainty and has an acute need for rules (which however are often eluded). This characteristic is epitomised by the notoriously intricated Italian bureaucracy, which makes any undertaking unnecessarily hard.

Third, the Bel Paese has a strong Masculinity – or competitive, rather than collaborative culture.

And fourth, it also seems that when it comes to leisure time or spending money on a whim, Italian people are not very Indulgent; instead, they tend to delay gratification. A bit like living an eternal marshmallow test.

The two remaining dimensions don’t register remarkable numbers. Italy scores above average on Long-Term Orientation: it’s a sign it’s mostly focused on the future while still keeping a foot rooted in the traditional past.

Finally, there’s not a uniform view about how much the country’s unequal distribution of power is accepted by those who don’t have access to it (Power Distance).

These cultural insights are significant in terms of their impact on customer service.

In their article “Culture and Customer Service”, Huib Wursten, Tom Fadrhonc and Pernilla Roersoe, argue for example that in individualistic societies, the focus is on carrying out the task (an I-action) rather than on establishing a trusting relationship with the customer (a we-endeavour). This might explain the Ligurian waitress’s attitude: she didn’t care about her customers, but after all, she did serve an excellent dinner that still makes my mouth water to this day.

Also, according to the article, people from countries with a high Uncertainty Avoidance index are like steam locomotives: to work properly, they need to let off some steam. The yelling contact centre advisor is the perfect case in point. (The converse would be equally realistic, i.e. a client venting her frustration as the only way to be heard.)

“To stay the same, everything must change”

Despite my own personal experiences, my family’s, and what research says – plus all the horror stories you can read on the internet – Italy ranked 8th in the 2015 Zendesk’s list of countries for customer satisfaction (among companies that use Zendesk software).

This begs the questions, could the charm of Italian customer service paradoxically lie in its inherent cultural authenticity? But for customer service to be truly successful, we should also take into account how our globalised world is changing – and with it, the expectations of today’s discerning customers.

“For everything to stay the same, everything must change”, we read in one of the most beautiful Italian novels of the 20th century, The Leopard.

That was in reference to Sicily in the 1860s. At that time, the states that would eventually form the Kingdom of Italy were struggling for unification. Some sceptics only pretended to embrace the transformation that was taking place. In reality, they wished for things to remain immutable.

Nowadays though, an increasingly sophisticated service culture is unfolding on a global level. Game changers like social media (which gives a public voice to frustrated customers) and AI (which is taking over the least complex customer service tasks from humans) are instrumental. So on the one hand, it’s crucial for businesses to give a wow service able to turn each customer into an advocate – rather than a critic. On the other, front-line staff should see the incentive they can have in wanting to do better – from job security to self-actualisation.

In other words, either there’s real change in the approach to customer service, or everything will remain the same. 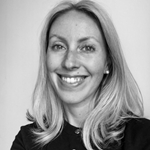 Dr Laura Olcelli is a consultant and award-winning author interested in all things language. She works for T2 Linguistics, the leading provider that specialises in the commercial application of psycholinguistics (the psychology of language). She regularly writes about customer communication.