The drive to succeed in business can be very similar to the drive to win in a competitive sport.

Many articles and books written on the subject describe how a particular team’s game strategy can be applied to business to help team members achieve greater performance and effectiveness. 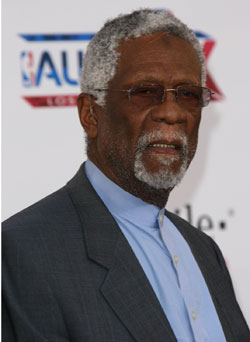 In team sports, no one exemplified this approach to teamwork better than the Boston Celtics great, Bill Russell. A recent issue of Sports Illustrated called Russell “the greatest team player on the greatest team ever.”

The Celtics dynasty, which lasted from 1957 to 1969 and comprised 11 championships in 13 years, stands as a definitive example of how one team can completely dominate a sport.

Bill Russell was the driving force behind his team’s success. His goal for the team was to be the best in the world…not next year or the year after, but right then. And his game approach to defense would often paralyze an opponent’s offense. He commented, “You don’t have to block every shot; you just need to make your opponent think you’re going to block every shot!”

It was this attitude about teamwork that exemplified his brilliant career. He felt that an individual can attempt to be their very best, but it’s far more satisfying when you can help your team be its very best, which is a much more difficult task. “If I play well, that’s one thing. But to make other people play better is great.”

To Russell, successful team play involved encouraging each individual to do what he does best. “Remember, each of us has a finite amount of energy, and things that you don’t do well take more concentration. If you’re fatigued by that, then the things you do best are going to be adversely affected”.

This same approach to teamwork can be applied to the workplace. Try to ensure that members of your team spend the majority of their time on what they do best. All employees bring to the team a unique set of skills and abilities. Channelling their efforts in these areas will allow them to make their best contribution to the team.

By focusing the efforts of your team in their specific areas of expertise, you not only give your team a winning approach, but also a greater opportunity for success.

Ron Rosenberg teaches people how to get the service they deserve and shows companies how to provide it.