The 3 Best Times to Email Your Customers in Bulk 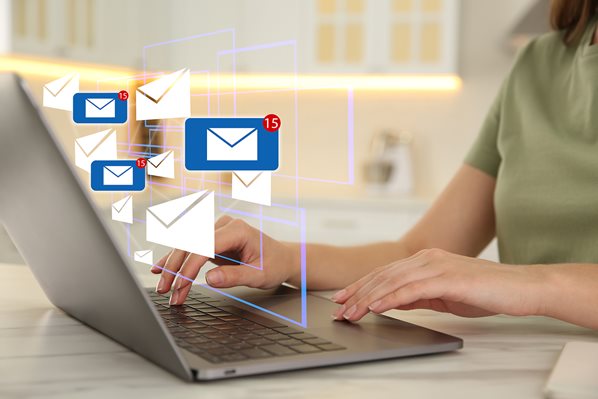 Even the smallest online businesses have email lists – if you don’t, then it’s time to get to work on creating one! Furthermore, it’s considered all but essential for online businesses as it’s an ongoing link between them as a company and their customers. So essentially, the rumors of email’s demise as a direct marketing tool are greatly exaggerated!

Most businesses use their email lists as a sales tool, and there’s absolutely nothing wrong with that. As we cover below, it’s certainly a valid and viable way to interact with those that signed up. After all, when you’ve got something to promote, why wouldn’t you go all out on telling people about it? However, sales represent just a part of the value in maintaining a list. Indeed, if all you ever send to your prospects are offers and launches, they’re likely to lose interest, and that might result in one fewer subscriber.

Sometimes, people just want to pass the time with something to read. They can build loyalty, increase brand awareness and, in some cases, remind people that you’re there when they’re already somewhere in the sales funnel.

If you struggle to maintain a consistent schedule, or you’ve spent more time playing with your email marketing tools than actually sending emails, here are three times to reach out to people.

1. When There’s a Problem

It’s never ideal to open a list with a potential negative, but if something goes wrong that can impact customers, it’s best to let them know right away. This could be something relatively minor, such as deliveries being delayed by a couple of days due to supply chain issues. In the worst case, it could be informing them of a potential data breach – although letting them know should be handled sensitively, and it’s always best to let the proper authorities know first.

The most significant advantage of doing so is that it allows businesses to control the narrative and stay ahead of the story. Nobody wants to find out about something negative in the media when they have a personal stake. Fortunately, you have a direct line of communication to let people know exactly what’s going on and what you’re doing about it. This can potentially boost trust even in trying times and help to turn a negative into a positive.

2. When You’ve Launched a New Product

Perhaps the most obvious of the trio of tips found here, if you’ve got something new to sell, make sure you tell the world. What some people overlook is the fact that you don’t necessarily only have to tell them once. As long as you can change things up from one email to another, it doesn’t matter if an entire series all points back to a single product or service on your website.

The primary concern here is to make sure you have a handle on all the data you’re about to produce. It makes sense to learn from every campaign, so ensure you can tell which sales directly stemmed from email outreach. If you do decide to send multiple emails, keep an eye on the type of content and subject lines that performed best – it can all go towards making your next email blast even more successful.

3. When They Haven’t Heard from You for a While

There’s absolutely no harm in letting people know you’re there if they haven’t heard from you in a while. You might have worked hard on branding, but if you’re a smaller business or sell niche products, there’s no shame in admitting you might be forgettable.

Even if you only want to highlight the latest offers or tell a few stories your audience might find interesting; there’s no harm in dropping into their inbox occasionally. Of course, leave it too long, and you might see an increase in people unsubscribing, but that doesn’t have to be a bad thing. Instead, view it as cleansing your list and ensuring only people with a genuine interest in the company remain so your follow-up emails prove even more successful.

When to Send Those Emails

A lot goes into email marketing. It’s essential to carry out email testing to avoid the typical direct marketing faux pas that might lead to the need to send another email to apologize! Ultimately, you want people to open your emails and read them.

Studies indicate that Tuesdays and Thursdays are the best times to send out emails. Naturally, if you’re on tip one, sooner is always better than later, but for the other two, you can aim for these days. People have caught up from the weekend on Monday and aren’t already preparing for the next one on Friday, so these days make sense.

When it comes to the time of day, transition periods are often best. Catch people at 8 am, and you’ll capture the attention of those that get their emails out of the way first thing. 1 pm means you’ll give them something to pass the time on their lunch break, and 4 pm is prime email checking time as people start to wind down at the end of the day.

Those are the standards, so they’re suitable for a general audience. However, it’s crucial to remember that nobody knows your audience better than you do, so make sure you always keep up with that data you’ll collect with every email you send to evolve and improve your bulk marketing opportunities constantly.