The story of how a customer was almost lost over a very small fee that in the long term could have cost a lot more. 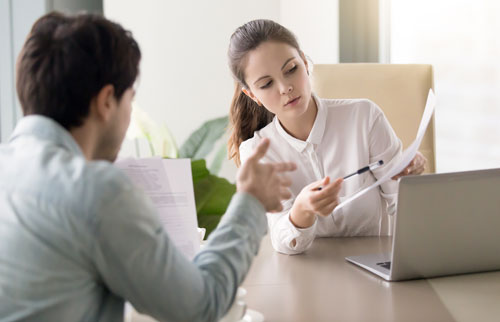 I recently planned a small two-day meeting for about 25 people. This was the second year for this meeting. The previous year we had stayed at a hotel that did a magnificent job of taking care of us. After that meeting, I talked to our sales rep and mentioned that if they repeated the contract we signed for that first year, we would most likely come back. And, we did.

In looking over the final contract for our most recent meeting at the hotel, there were a few minor changes from the year prior. Most of those were due to slight increases in the room rate and food costs. I expected that this might happen, and so I was fine with those. However, there was one change in the agreement that was unacceptable. The first year, the hotel gave us free Internet service for our attendees. This year they wanted to charge us for it.

Asking for free Internet is a common negotiation. So, the hotel chose to go into negotiation mode on this point. They came back and said they would only charge $75 for everyone to have Internet access in the meeting room. That is reasonable, except I made it clear that I wanted the identical terms as the year before. Our sales rep said she would go back to her leadership team and ask them to honor last year’s contract terms. She came back and said they reduced the cost to us to $25.

Well, $25 wasn’t a deal-breaker, and staying at that hotel was definitely easier than starting over with another hotel. But I had to wonder, who on the leadership team was so short-sighted as to charge $25 for something they could simply give away? We were getting ready to book about 35 rooms in a slow week for the hotel and spend thousands of dollars in their restaurants, bar, and for our banquet meals. I asked to speak to the individual on the “leadership team” who was making this short-sighted decision. I never heard from that person.

When I arrived on the property for the meeting, my very nice salesperson met with me. She again apologized for the small Internet fee. It really wasn’t her fault, but I still wanted to get the explanation from the person who made the decision. I candidly told her that a little “nickel and dime” charge of $25 might have me looking at other hotels in the area for next year’s meeting. It wasn’t just the $25. That’s not worth switching hotels over. It was the idea that we had originally agreed to repeating last year’s contract, and that tiny charge was the only thing getting in the way of them honoring our verbal agreement.

The lesson here is that it’s not about the money. It didn’t break the bank for us to pay the $25 fee. The hotel violated several rules of customer service. They didn’t recognize the long-term value of their customer, and they were willing to lose him over a very small fee that, by the way, they had waived in the past. They changed the rules in the middle of the game when they didn’t honor their agreement of “same as last year,” even though it was just $25. And, with all they were charging, they “nickel and dimed” their customer. In their eyes, they could only see the money they were earning rather than all the money they could potentially lose when we decided to go elsewhere the next year.