The Risks of CEO Succession

Ernest von Simson discusses some of the difficulties a company faces during a CEO transition. 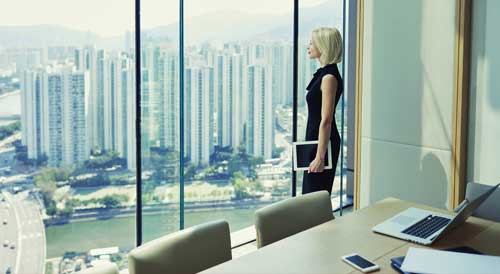 Boards of directors have two indisputable responsibilities: first, ensure transparency in financial reporting, executive compensation, and corporate governance; and second, manage CEO succession, including the duty to fire a failing chief executive, and recruit a successor who can lead the company through a successful transition.

CEO succession has hardly been a straightforward board activity. In too many cases, either the failing CEO remained in place too long or the successor proved incapable over the long term. Admittedly, similar errors are apparent at every level of the organization, but they generally don’t jeopardize the company as a whole.

The always thorny question of timing the retirement of a CEO can get even pricklier when the CEO is also a founder. Too often the board of directors has retreated into complacency and dependency after years of strong leadership by the incumbent. Too often the CEO is allowed to choose his own end date – which is invariably postponed when growing turbulence threatens the graying legend’s legacy.

Layered atop this squirming mess are the very qualities shared by many or most great CEOs. First is the vision to discern potentially disruptive forces in technology, business model, and optimum organization structure. Equally as important, strong CEOs exhibit the steadfastness to make the changes or take advantage of the opportunity even over the objections of their own executive cadre.

However, successful strategies of one period may cloud or even block the CEO’s vision at a later time – especially when there’s a direct conflict between the two. Worse, the CEO’s steadfastness so important to the earlier strategy intimidates top executives from disagreeing the next time around, even though the leader may now be wrong.

Consider Ken Olsen, the giant who pioneered the minicomputer sector as a co-founder of Digital Equipment Corporation in 1957. For the next decade, DEC dominated the scientific and engineering workstation market especially through its leading position in universities. By the late 1970s, Olsen led the company’s development of a unified hardware architecture and operating system dubbed VAX/VMS, putting it well ahead of IBM and HP in rationalizing diverse product lines. Product consolidations encountered considerable internal resistance, but helped lift DEC into the number two position in the computer industry.

Unnoticed, DEC’s apogee came perhaps in 1982 with the formation of Sun Microsystems based on superior technology, a leaner business model, and a more aggressive sales force using the “open” Unix operating system as its most compelling pitch. Sun’s 1990 revenues hurtled past $2.4 billion by saturating the work station market that DEC had once dominated. Ken ignored the advice to retire and the slide continued until 1992 when the board finally replaced him with an insider.

In the end, the company’s earlier strategic success with a single operating system may have blinded Olsen to the necessity of vigorously supporting Unix and perhaps Windows which he disparaged as “me too” operating systems adding too little opportunity for product differentiation and higher gross margins. An uncharacteristic error by a great leader.

Next, there’s the question of choosing a successor. Since much has been written on this task, I’ll settle on four initial observations from my own research.
For a company in difficulty, it’s often better to recruit an outsider. Insiders are inherently conflicted by whatever has gone on before so there’s a low probability they’ll be able to execute the extreme changes required for a turnaround. It’s no coincidence that Lou Gerstner was able to revive IBM even though he came from not only another company but also another industry.

For a company doing well, it’s usually better to recruit an insider. Reports Jim Collins in his seminal work Good to Great: “Ten of eleven good-to-great CEOs came from inside the company…” There’s obviously much to be said for choosing a CEO who already understands the company culture and practices. Yet there’s also the danger of the kind of extreme industry transformation, that stymied John Akers at IBM in the 1980s. “More companies fail because of strong cultures than weak strategies,” observes Richard Foster in Innovation the Attacker’s Advantage.

There can be a vast and often unbridgeable difference between the qualities of a successful CEO and those of an equally successful Chief Operating Officer. Glossing over the details, the CEO’s job is strategic, revenue driven, and externally focused, while the COO’s is tactical, cost driven, and internally focused. Some COOs have ably bridged the divide but a fair number have disappointed, making the board’s obvious succession choice far from obvious.

The best predictor of success for an outsider CEO is previous success leading another company. Intelligence and self-confidence are critical qualities. Charisma is a two-edged sword, as many boards have learned too late after hiring super salespeople to head a troubled company. Notes Jim Collins, “Level 5 leaders display a compelling modesty, are self effacing and understated. In contrast, leaders with gargantuan egos contributed to the demise or continued mediocrity of the company… One of the most damaging trends in recent history is the tendency – especially by boards of directors – to select dazzling, celebrity leaders and to de-select the potential Level 5 leaders.”

The difficulty of CEO selection is evident at Hewlett-Packard, where several boards have been forced to oust every CEO since founders Bill and Dave ostensibly left active management.

To start, the EVP architect of HP’s modern computer business, Paul Ely, who led the formation of a world-class computing lab and the transition to Unix and a new computing architecture. Paul was demoted to a backwater job in 1982, and soon resigned, for being too “abrasive,” notably in not allocating R&D resources to the company’s traditional instrumentation and measurement businesses.

The CEO responsible for Paul’s ouster, John Young, attempted to resolve the computing labs’ allocation shortfall by creating a fabric of innovation committees. These choked the company’s bureaucracy, delaying the launch of its new computer line. Young was eased into retirement in July 1992 – coincidentally on the same day as Ken Olsen’s exit.

The board then chose Lew Platt, a well-regarded insider who was soon disparaged as “too nice” to compete against commodity suppliers like Compaq and Dell. Lew announced his early retirement in 1999 at age 58, but spun off the instrumentation and measurement businesses that had caused the rift with Paul Ely.

This is not to argue that the boards were right or wrong at each transition. Every CEO brings a unique strategy and culture change, which the next CEO overturns, especially when an outsider is chosen. Obviously, it’s a strategic distraction for a board to oust a CEO only to decide subsequently that the chosen successor can’t do the job either.

Ernest von Simson is a Research Partner at Ostriker Von Simson, Inc., Co-Director of the CIO Strategy Exchange and board director of several technology firms. He is also the author of The Limits of Strategy: Lessons in Leadership from the Computer Industry.