Is It Any Wonder that Companies Lose Customers? 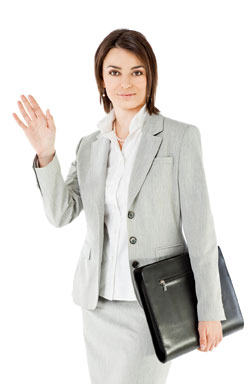 Why do some companies go out of their way to alienate their customers? When surveys have proved that it costs companies 10 times as much to gain a new customer as it does to keep an existing one, it seems absurd that they wouldn’t try harder to maintain the business they already have.

Here is a perfect example of a company that is losing business because of the simplest of errors that could so easily be avoided. This letter appeared in a national newspaper written by Reverend Janet H. Fife:

“Sir, on my arrival here two years ago I opened a new account with a gas supplier, carefully spelling out my name and title. Accounts arrived addressed to “Mrs J. Face”. It took four letters from me to get the name (but not the title) right, at which point I gave up.

Recently I changed to a different supplier and promptly got a letter from the old one, asking me to reconsider. It was addressed to “Dear Occupier”. I replied saying that their continued inefficiency in the matter of my name was one of the reasons for my leaving them.

Yesterday I received another letter inviting me to pay my “now non-existent” bills by direct debit. It was addressed to “Mr Pend Incomplete”.

This is a perfect example of a company that doesn’t care in the slightest about their customers. How difficult would it have been to get this customer’s name right? Not difficult at all. It is an obvious case of numbers being more important than people – but what they don’t understand is that their customers are people, not numbers.

Let’s look at this letter piece by piece and see how easy it would have been for the company to build a strong relationship with this customer rather than alienating her as they have done:

Secondly, she wrote four letters to get the spelling of her name correct, and even then they didn’t get the title right. Why did it take four letters? Why couldn’t they get it correct after the first letter? The fact remains they should not even have needed one letter – it should have been right in the first place.

Then, after she changed to a new supplier, this company wrote to her again addressing the letter “Dear Occupier”. After four letters, couldn’t they have got her name right by now? Surely someone in the organisation should be able to spell her name!

So what are the lessons to be learned from this? What can your company do to avoid getting your customers offside like this company did?

Quite obviously we need to treat our customers with much more respect because that’s what they expect. What sort of respect? Well, first let’s get their name right. A person’s name is the sweetest sound in the universe to them – the least we can do is to use their correct name and title where necessary. This may seem elementary, but it is so often overlooked. Have you ever caught yourself or any of your staff calling your customers by the wrong name? Even a customer we have never seen before has their name clearly printed on their credit card which they use to pay for their purchases. It is the simplest thing to hand a customer’s credit card back to them, smile, and say, “Thank you Mr Smith, come back and see us soon”.

What does that simple act say to your customer? It is probably the first time in many months, or maybe years, that someone has given him the respect of using his name in an otherwise anonymous transaction with a stranger. Put yourself in that customer’s shoes for a moment. If you were Mr Smith, dealing with someone you had never met before, how would you feel? Important? Valued? Respected? You bet!

Now for the tough question. Do you think any of your customers might feel the same way about your business? How are your customers treated from the moment they start to deal with you? Are they treated with the respect they are looking for and in fact, deserve? Do you and your staff use their name as soon as you know what it is? Are their requests for information treated with respect and courtesy? If they have a question that to you seems fundamental or even inane, do you give a sincere answer or do you sneer at them with a look that says, “Don’t you know anything?”

Treating a customer with dignity and respect shouldn’t be a chore – in fact it should be seen as a privilege. That customer could have gone to any of your competitors, but chose you, for whatever reason, to do business with. Once you fully understand the responsibility that goes along with that privilege, you’ll see your customers in a whole new light – and treat them accordingly. That’s when you start to build a loyal, trusting client base that will return again and again. And that’s the foundation of a truly great business.

Lee Fowler is the author of ‘Lifelong Customers: How To Attract – And Keep – Loyal Customers For Life’.