How to Stay Close to Customers While Working From Home 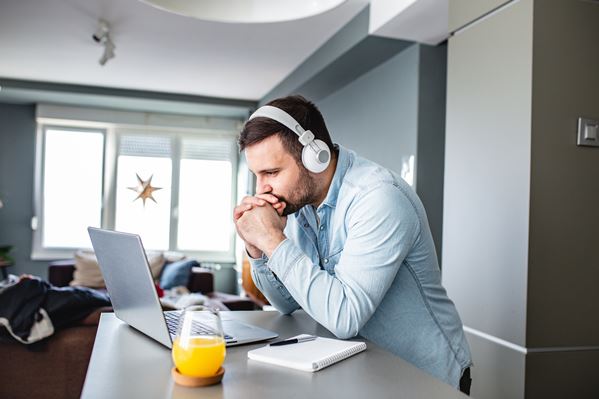 The Institute of Directors (IoD) surveyed 958 British businesses and found that 74% plan to retain home-working for the foreseeable future. Four out of ten businesses reported that they had found working from home ‘more effective’.

The IoD survey echoed the earlier findings of researchers from Cardiff and Southampton universities, who found that 90% of employees would also prefer to continue working from home.

Reports from the front lines

With home-working becoming the norm, a recent webinar, hosted by Insurance Post, asked representatives from Zurich Insurance, Tesco Underwriting, Canopius, and SAS whether they believed traditional contact centres would ever return.

It was acknowledged that the experience of contact centre colleagues had been different depending on the insurance sector served. Travel insurance had seen a spike in inbound calls, as customers sought guidance and reassurance on their level of cover. Conversely, the motor insurance industry saw claims fall by an estimated £1billion, prompting insurers to jump on the opportunity to reimburse customers and retain their business.

Panellists were asked about the impact on call waiting times and customer satisfaction levels as their contact centre colleagues adjusted to working from home.

Surprisingly, the assembled experts reported seeing the same or higher CSAT scores, because customers appreciated the challenges that contact centre staff were facing. Angus Rogers, Head of Claims Operations at Canopius, found that customer satisfaction scores had actually increased during lockdown, because customers understood that teams were stretched.

David Thompson, Director of Claims at Tesco Underwriting, also praised customers’ empathy for the difficulties facing contact centre staff at the start of lockdown. However, he noted that this early goodwill appeared to be returning to pre-COVID levels towards the end of September.

Andrew Jones, Head of Express and Retail Claims at Zurich insurance, observed that customers had migrated to using online portals because they assumed they would be waiting in a queue if they called the contact centre.

Deloitte’s MD of Applied AI practice, Sherry Comes has observed, “While robotic process automation (RPA) and one-touch ordering buttons are transforming many of these tasks, they don’t always provide the most customer or worker-centric experience. However, finely-tuned conversational systems can.”

The webinar participants were asked whether insurers were using technology such as chatbots and conversational AI to triage customer enquiries coming into the contact centre, so that routine enquiries could be answered via a digital assistant, allowing contact centre colleagues to focus on the most critical calls.

Paul Ridge, Banking and Insurance Specialist at SAS UK & Ireland commented, “Back in 2016 we were looking at decision automation to provide call centre workers with a super power”. He observed that consumers are becoming more accustomed to the range of conversational channels available to them and a number of insurers are exploring how this shift can be used to lower operational costs.

David Thompson, commented that, “Automation and digitisation have been turbo-charged by lockdown.” However, he emphasised that when customers have been involved in traumatic events, they need to speak to someone in the contact centre and stressed that in those circumstances customers value the empathy that can be provided during these conversations, adding “but certainly, there will be others who will be happier going through a digital journey.”

Paul Ridge also highlighted the value of using automation to take simple, routine, lower value tasks away from contact centre staff, so that they can focus on those customers who need more support. He noted that a good blend of technology and human skills can be used to benefit both employee experience and customer experience.

David Thompson highlighted how collaboration technology, such as Microsoft Teams and Zoom, had been used to support the wellbeing of contact centre colleagues and helped to reduce feelings of isolation as they work from home. He emphasised the importance of looking after colleagues’ welfare stating, “Colleague experience feeds directly into customer experience. Technology has been a massive enabler in that regard.”

Conversational AI applies natural language processing so that customer intent can be understood, appropriate responses can be provided, and actions can be automated to solve customers’ issues, while still providing the option to speak to a contact centre agent. This provides companies with the ability to automate repetitive transactions, while also personalising them by referring back to elements of previous interactions. The benefit for customers is that conversations can be picked up where they left off, at the customers’ convenience and they don’t have to repeat themselves.

However, EY emphasises the need to use the right data when ‘training’ conversational AI, explaining that “The bot uses logic to determine user inquiries and connect with enterprise systems to get the desired results”. This is why good training data and tuning is essential to creating good conversational bots. The advantage of AI technology is that these bots learn through exposure to customer conversations and so they get better and better over time.

When organisations get this right, consistent, high-quality responses can be provided, at scale, without overwhelming contact centre employees when resources are stretched because colleagues are self-isolating, or when the organisation is handling a sudden spike in customer enquiries.

PWC believes that organisations that get their branding and persona development right within their conversational AI can create a customer experience that is akin to engaging with a human agent. However, getting it wrong will alienate users.

This is why The AA Ireland invested time in studying genuine livechat conversations when developing its successful chatbot project, the Quote Helper Bot, so that they understood what people asked, how they asked, and what the intent was behind their questions. As a result, the Quote Helper Bot provided consistent on-brand responses that were based on live chat conversations with previous customers who had the same requirements. When social distancing measures were introduced in March, The AA Ireland was able to re-apply what it had learned and quickly spin up a call deflection bot, within 48 hours, to ease pressure on contact centre staff as they adjusted to working from home.

The webinar participants were asked where they saw the future of the contact centre as home-working becomes more established. Andrew Jones, Head of Express & Retail Claims, Zurich, commented, “A lot of claims now are settled without using voice. In the future, rather than big contact centres, we’ll see more smaller collaboration centres, with people coming in one or two days a week and for training”.

Angus Rogers of Canopius commented, “There will always be a need for people to work together, but I think that the model of the contact centre we see today will change.”

From our own experience, we’ve observed organisations swiftly and successfully applying conversational AI to automate routine enquiries, while still allowing customers the option to speak to highly-skilled employees. This blend of digital assistance and human contact has allowed those businesses to rapidly adapt working practices, reduce pressure on their colleagues, and deliver the right experience for customers. 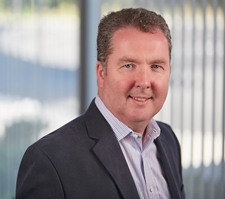 Cathal McGloin is the CEO and co-founder of ServisBOT, a technology company that provides a conversational-AI platform which helps organizations to rapidly develop bots that transform customer engagement. Cathal is an engineer who loves applying emerging technology to solve everyday problems. He formerly founded contact centre  analytics company, Performix Technologies, which was acquired by Nice Systems in 2006; Arantech, which was acquired by Tektronix in 2009 and FeedHenry, which was acquired by Red Hat in 2014. His previous enterprise IT career was with Siemens, Germany, and Cap Gemini, UK.