How to Conduct Business to Business Customer Satisfaction Surveys

The basic concept of business-to-business CRM is often described as allowing the larger business to be as responsive to the needs of its customer as a small business. 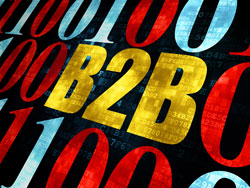 In the early days of CRM this became translated from “responsive” to “reactive”.

Successful larger businesses recognize that they need to be pro-active in finding out the views, concerns, needs and levels of satisfaction from their customers.

Paper-based surveys, such as those left in hotel bedrooms, tend to have a low response rate and are usually completed by customers who have a grievance.

CRM is based on the premise that, by having a better understanding of the customers’ needs and desires we can keep them longer and sell more to them.

InfoQuest performed a statistical analysis of Customer Satisfaction data encompassing the findings of over 20,000 customer surveys conducted in 40 countries by InfoQuest.

The conclusions of the study were:

A large, international hotel chain wanted to attract more business travelers. They decided to conduct a customer satisfaction survey to find out what they needed to improve their services for this type of guest. A written survey was placed in each room and guests were asked to fill it out. However, when the survey period was complete, the hotel found that the only people who had filled in the surveys were children and their grandparents!

Business travelers don’t have the time or the interest in participating in this kind of survey! Why?

A large manufacturing company conducted the first year of what was designed to be an annual customer satisfaction survey.

– The questions were simpler and phrased differently

– The order of the questions was different

– The format of the survey was different

– The targeted respondents were at a different management level

Although all customer satisfaction surveys are used for gathering peoples’ opinions, survey designs vary dramatically in length, content and format. Analysis techniques may utilize a wide variety of charts, graphs and narrative interpretations.

Companies often use a survey to test their business strategies, and many base their entire business plan upon their survey’s results. But…troubling questions often emerge.

– Are the results always accurate?

– Are there “hidden pockets of customer discontent” that a survey overlooks?

– Can the survey information be trusted enough to take major action with confidence?

As the examples above show, different survey designs, methodologies and population characteristics will dramatically alter the results of a survey.

Therefore, it behoves a company to make absolutely certain that their survey process is accurate enough to generate a true representation of their customers’ opinions. Failing to do so, there is no way the company can use the results for precise action planning.

The characteristics of a survey’s design, and the data collection methodologies employed to conduct the survey, require careful forethought to ensure comprehensive, accurate, and correct results.

The discussion on the next page summarizes several key “rules of thumb” that must be adhered to if a survey is to become a company’s most valued strategic business tool.

Survey questions should be categorized into three types:

Overall Satisfaction question – “How satisfied are you overall with XYZ Company?”

Drill Down – satisfaction with issues that are unique to each attribute, and upon which action may be taken to directly remedy that Key Attribute’s issues.

The Overall Satisfaction question is placed at the end of the survey so that its answer will be affected by a more in depth thinking, allowing respondents to have first considered answers to other questions.

A survey, if constructed properly, will yield a wealth of information. The following design elements should be taken into account:

First, the survey must be kept to a reasonable length. Over 60 questions in a written survey will become tiring. Anything over 8-12 questions begins taxing the patience of participants in a phone survey.

Second, the questions should utilize simple sentences with short words.

Third, questions should ask for an opinion on only one topic at a time. For example, the question, “how satisfied are you with our products and services?” cannot be effectively answered because a respondent may have conflicting opinions on products versus services.

Fourth, superlatives such as “excellent” or “very” should not be used in questions. Such words tend to lead a respondent toward an opinion.

Fifth, “feel good” questions yield subjective answers on which little specific action can be taken. For example, the question “how do you feel about XYZ company’s industry position?” produces responses that are of no practical value in terms of improving an operation.

Though the fill-in-the-dots format is one of the most common types of survey, there are significant flaws, which can discredit the results.

For example, all prior answers are visible, which leads to comparisons with current questions, undermining candour.

Second, some respondents subconsciously tend to look for symmetry in their responses and become guided by the pattern of their responses, not their true feelings.

Third, because paper surveys are typically categorized into topic sections, a respondent is more apt to fill down a column of dots within a category while giving little consideration to each question.

Some internet surveys, constructed in the same “dots” format, often lead to the same tendencies, particularly if inconvenient sideways scrolling is necessary to answer a question.

In a survey conducted by Xerox Corporation, over one third of all responses were discarded because the participants had clearly run down the columns in each category rather than carefully considering each question.

Though a telephone survey yields a more accurate response than a paper survey, they may also have inherent flaws that impede quality results, such as:

First, when a respondent’s identity is clearly known, concern over the possibility of being challenged or confronted with negative responses at a later date produces a strong positive bias in their replies (the so-called “Cassandra Phenomenon”.)

Fourth, telephone surveys are intrusive on a senior manager’s time. An unannounced phone call may create an initial negative impression of the survey. Many respondents may be partially focused on the clock instead of the questions.

Optimum responses are dependent upon a respondents’ clear mind and free time, two things that senior management often lacks. In a recent multinational survey where targeted respondents were offered the choice of a phone or other methods, all chose the other methods.

Taking precautionary steps, such as keeping the survey brief and using only highly-trained callers who minimize idle conversation, will help minimize the aforementioned issues, but will not eliminate them.

The Need for a Higher Response Rate in customer satisfaction surveys..

The objective of a survey is to capture a representative cross-section of opinions throughout a group of people. Unfortunately, unless a majority of the people participate, two factors will influence the results:

Second, a smaller percentage of a population is less representative of the whole. For example, if 12 people are asked to take a survey and 25% respond, then the opinions of the other nine people are unknown and may be entirely different.

However, if 75% respond, then only three opinions are unknown. The other nine will be more likely to represent the opinions of the whole group. One can assume that the higher the response rate, the more accurate the snap-shot of opinions.

Totally Satisfied vs. Very Satisfied – Debates have raged over the scales used to depict levels of customer satisfaction. In recent years, however, studies have definitively proven that a “totally satisfied” customer is between 3 and 10 times more likely to initiate a repurchase, and that measuring this “top-box” category is significantly more precise than any other means.

Moreover, surveys which measure percentages of “totally satisfied” customers instead of the traditional sum of “very satisfied” and “somewhat satisfied,” provide a much more accurate indicator of business growth.

Other Scale issues – There are other rules of thumb that may be used to ensure more valuable results:

Many surveys offer a “neutral” choice on a five-point scale for those who might not want to answer a question, or for those who are unable to make a decision. This “bail-out” option decreases the quantity of opinions, thus diminishing the survey’s validity.

Surveys that use “insufficient information,” as a more definitive middle-box choice persuade a respondent to make a decision, unless they simply have too little knowledge to answer the question.

Scales of 1-10 (or 1-100%) are perceived differently between age groups. Individuals who were schooled using a percentage grading system often consider a 59% to be “flunking.” These deep-rooted tendencies often skew different peoples’ perceptions of survey results.

There are a few additional details that can enhance the overall polish of a survey. While a survey should be an exercise in communications excellence, the experience of taking a survey should also be positive for the respondent, as well as valuable for the survey sponsor.

Second, Respondent Validation – Once the names of potential survey respondents have been selected, they are individually called and “invited” to participate. This step ensures the person is willing to take the survey, and elicits an agreement to do so, thus enhancing the response rate. It also ensures the person’s name, title, and address are correct, an area in which inaccuracies are commonplace.

Third, Questions – Open-ended questions are generally best avoided in favor of simple, concise, one subject questions. The questions should also be randomized, mixing up the topics, forcing the respondent to be continually thinking about a different subject, and not building upon an answer from the previous question.

Questions should be presented in positive tones, which not only helps maintain an objective and uniform attitude while answering the survey questions, but allows for uniform interpretation of the results.

Fourth, Results – Each respondent receives a synopsis of the survey results, either in writing or – preferably – in person. By offering at the outset to share the results of the survey with each respondent, interest is generated in the process, the response rate increases, and the company is left with a standing invitation to come back to the customer later and close the communication loop.

Not only does that provide a means of dealing and exploring identified issues on a personal level, but it often increases an individual’s willingness to participate in later surveys.

A well structured customer satisfaction survey can provide a wealth of invaluable market intelligence that human nature will not otherwise allow access to. Properly done, it can be a means of establishing performance benchmarks, measuring improvement over time, building individual customer relationships, identifying customers at risk of loss, and improving overall customer satisfaction, loyalty and revenues. If a company is not careful, however, it can become a source of misguided direction, wrong decisions and wasted money.

John Coldwell, Managing Director of InfoQuest has an international network that conducts comprehensive customer and employee satisfaction surveys, using such pioneering techniques as the ConSensor Survey Device, Neural Network Analysis (ProfitMaxsm). InfoQuest has delivered over 70,000 surveys in 52 countries in 20 languages.