Feedback – How to Make it Effective 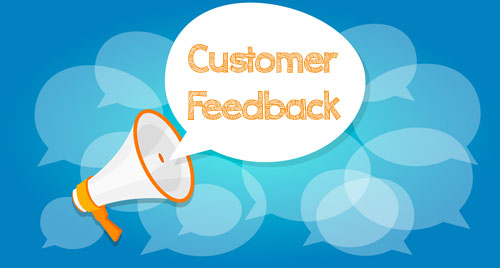 Here we look at the detail of giving feedback effectively.

Whether you want to reinforce behaviour – Confirming feedback or change unacceptable behaviour – Productive feedback, there are certain steps you need to follow to make it work.

1. Do it ASAP – When you see or hear something you do or don’t like you need to say something right away. If it’s Confirming feedback it’s not much use saying something months later. – “I liked the way you handled that difficult customer a couple of months ago Dave.” Dave is going to have a bit of a problem

remembering that situation and the effect of the feedback is totally wasted. It also makes sense to give Dave Productive feedback as soon as you see or hear something you don’t like. If you don’t do it right away then Dave will assume that you didn’t notice or that it doesn’t matter or that you don’t care.

2. Do it in private – This seems like the most obvious thing to say but I still see managers giving a member of their team some Productive feedback in front of other people be they colleagues or customers. Of course, it’s usually more of a reprimand. I think some managers believe that if they’re seen and heard giving some feedback then it will have an effect on the other team members – you bet it will – it’ll totally de- motivate them!

3. Check that it’s okay to speak – Always check that it’s okay to speak. If one of your team has just finished speaking to a customer on the phone, they might have some admin things to do before they forget. If you interrupt then you risk being responsible for a customer not getting something they were promised. It’s only good manners to check before speaking and your people will respect you for it.

4. Announce your intentions – If your people are not used to receiving regular feedback, what do you think runs through their mind when you pull up a chair or ring them on the phone – your right – they think it’s bad news, that they’ve done something wrong or there’s a problem. It’s important therefore to tell them up front what you want to speak about. You might say – “Jill, I’ve just read your last report and I’d like to give you some good news.” You then go on to give them some Confirming feedback – and remember to make it descriptive.

5. Tell them how YOU feel about their behaviour – Your people work for the same organisation as you but it’s you they have to please. So make sure when you give feedback – it comes from you. That means not saying things like – “The company doesn’t like their employees to speak to customers like that.” Or – “It’s not up to me but you’d better improve your performance or you’ll be in trouble.” You need to use lots of “I” messages. Get personally involved, say things like – “I liked the way you told that customer that you would deal with their problem yourself.” Or – “I’m unhappy with the way to told that customer that it wasn’t your responsibility.” Or – “I believe there’s another way to do that job.”

6. Focus on one thing at a time – Don’t confuse your team member with a whole list of behaviours. If it’s Confirming feedback then you don’t want to be saying – “I like the way you handle customers and your reports are always done on time and it’s great that you’re achieving your target.” You’re only diluting the whole feedback and it loses its impact. If you’re giving Productive feedback then you don’t want to confuse your team member with a whole catalogue of behaviours that you’re unhappy about. Sadly this seems to be the case with managers who don’t give feedback on poor behaviour immediately. They allow things to go on and on and then they eventually explode. It’s much better to deal with behaviour as and when it happens.

7. Be specific – When you are giving one of your team some feedback and coaching them – it’s so important to focus on job related behaviour and not on the personality of the individual. If you feel a bit uncomfortable giving feedback, try to focus on the person’s behaviour on the job in terms of how they conducted a particular task. That’s what you’re giving feedback on, not them as a person. It becomes easier if you’re using “I” messages and being very descriptive about what you’ve seen or heard. You could say something like – “I liked the way you tided up the workshop after you finished that job – thank you Fred.” You’re trying to get the balance between being human but also businesslike.

9. Get input – When giving Productive feedback, it’s important to get the team members input. You might say – “I’m unhappy that this is the third time this month that your report has been late Joanne. However I’m willing to listen to what you have to say and discuss how we can resolve this situation.”

10. Don’t leave them low – This is particularly important after giving Productive feedback. As I said earlier, this isn’t an attack on the person; it’s about job related behaviour. A team member should come out of a Productive feedback session with their sense of self-worth intact.

Alan Fairweather is the author of “How to get More Sales by Motivating Your Team” The book is packed with practical things you can do to get the best out of your people.