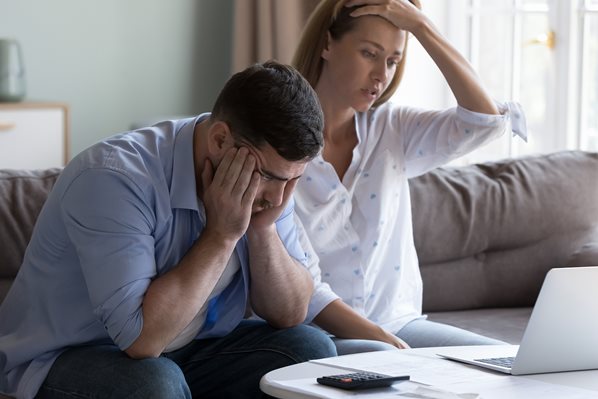 New data reveals energy suppliers are letting their most at need customers down as they struggle to deal with tidal wave of complaints on social media.

Utilities are ignoring vulnerable customers crying out for help as they battle an influx of online complaints. This is according to new data presented in the UK Utilities Sentiment Index, quantifying social media backlash against energy providers, with British Gas performing the worst.

The index, conducted by leading social analytics business, DataEQ, in collaboration with Unstructured, tracked upwards of half a million social media posts about the country’s leading energy brands over three months. Each social media post received a sentiment rating — positive, neutral, or negative – which was verified by DataEQ’s Crowd of human contributors. These scores were then used to calculate a Net Sentiment ranking for each supplier.

The index further revealed that energy suppliers are struggling to keep up with this flood of social conversation and, as a result, are missing out on considerable volumes of important consumer interactions. In fact, over half (51.7%) of consumers’ most critical posts – those that require suppliers’ attention and action – are going unanswered, and of the 48.3% that receive responses, suppliers take over seven hours to do so.

Across the industry, energy suppliers experienced more negative social conversation than positive, resulting in an alarming average Net Sentiment score of -53.6%. Octopus Energy achieved the best score, performing considerably better than the rest, while British Gas performed the worst. In their posts, consumers expressed frustration about not being able to speak to anyone at British Gas in relation to their rising bills. Long waiting times, calls being dropped, not receiving clear feedback, poor service and unresolved queries were among the main concerns raised.

Almost half of all complaints suggest potential Ofgem conduct infringements

By mapping the energy suppliers’ consumer conversation against the four outcomes of Ofgem’s Standards of Conduct, it emerged that 45.4% of complaints referenced a potential conduct infringement. Outcome 3, which relates to customer service, was the leading driver of conduct-related complaints across all suppliers. Customers complained that when they needed service assistance, nobody was answering their calls or responding online.

In a recent Market Compliance Review, Ofgem corroborated these findings when it identified minor, moderate or severe weaknesses in the current practices of almost all suppliers towards customers. Amongst Ofgem’s findings were companies with non-existent policy relating to customers in payment difficulties, a lack of management oversight in the quality of their customer engagement and a lack of adequate training materials.

One in six conduct complaints comes from a vulnerable consumer

Of particular concern is the suppliers’ treatment towards vulnerable consumers who may be at greater risk of harm. With one in six of the conduct-related complaints in the index having come from vulnerable consumers, it is estimated that 1.3 million vulnerable people are reaching out for help from energy suppliers in a year, and only half of them are likely to receive a public response.

Commenting on the results, DataEQ CEO, Nic Ray, says that this poor display of social customer service is unacceptable in today’s digital age. “Considering that some of these vulnerable consumers are unable to wait in physical queues or comfortably converse with call centres, improving customer outcomes and treating them fairly on social media – with helpful and responsive service – should be a matter of regulatory compliance.”

As the energy crisis is set to continue, Ray urges suppliers to pay closer attention to their online conversation and ensure that their social customer service teams are equipped to identify, respond to, and resolve their social media complaints quickly and efficiently. “This requires the ability to identify, from within all the social media noise, the priority conversation from customers that requires attention and action. Doing this will not only improve outcomes for consumers, but also mitigate reputational risk while ensuring regulatory compliance,” Ray concludes.

Unstructured helps organisations commercialise their data through standardisation and automation of technology and processes. By building customised data solutions, Unstructured makes it easy for stakeholders to extract the full value of their data ecosystem.