Sometimes it’s what a customer doesn’t do or doesn’t say that gives you the opportunity to create an amazing customer service experience. 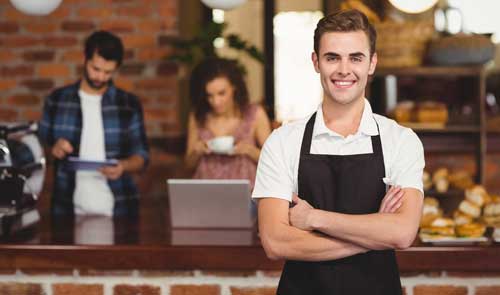 I was out to lunch with a colleague at one of our local St. Louis restaurants. Rico was our waiter and was taking great care of us. First came the bread and butter. He then took our drink order. He came back with our drinks and asked if we were ready to order lunch. We were. My friend ordered a Caesar salad with chicken.

Rico asked my friend if he wanted the croutons left off the salad. My friend was surprised by the question and responded, “Yes. How did you know?”

And, I wondered the same thing. How did Rico know? It turns out the answer was simple. He was very observant. He noticed that my friend hadn’t touched the bread and butter. He assumed, and correctly so, that my friend was staying away from bread. And just to make sure, he asked.

We were both impressed and noticed that Rico paid very close attention to everything that was said or implied. He watched our body language for clues to determine when he should come by and check on us, when we were finished with our meals, and when we were ready to pay the check.

Rico’s observation skills were a ten out of ten. He was flawless.

Not long after this lunch, I had the opposite experience. My wife and I were at a restaurant. I asked for a suggestion about what to order. The server asked me if there was anything I especially liked or disliked. I responded with a smile and said, “Most everything on the menu looks good, but I hate mushrooms.” He recommended a chicken dish with an Italian sauce. Just a few minutes later, the dinners were served and my chicken was covered with mushrooms. I could tell that he was uncomfortable. He apologized and said it was his fault.

Yes, it was his fault. Apparently, he didn’t listen. He asked a good question but didn’t pay attention to an important part of my answer. And, if he had and it was a mistake in the kitchen, once he saw the dish coming out of the kitchen, covered with mushrooms, he should have intercepted it before it was put on the table.

Sometimes it’s what a customer doesn’t do or doesn’t say that gives you the opportunity to create an amazing customer service experience. Sometimes it’s a subtle reaction. It may be a facial expression or a pause or hesitation. It can be almost invisible, but if you’re paying close enough attention, you’ll notice it. And, you can take advantage of this moment to deliver a better service experience.